Netflix has revealed the four new actors who will play prominent roles in the second series of the period drama Bridgerton.

British-born Calam Lynch is the son of Irish actors Niamh Cusack and Finbar Lynch. He has already built up an impressive CV including Dunkirk, Derry Girls and Benediction.

The news follows the announcement Rege-Jean Page, the breakout star of Bridgerton's first series, will not be returning to the show.

The British-Zimbabwean actor, 31, earned critical acclaim - and the status of heartthrob - for his portrayal of the dashing Duke of Hastings, starring opposite Phoebe Dynevor as Daphne Bridgerton.

Their romance formed the centrepiece of the first series.

Page said it had been a "pleasure and a privilege" to star in Bridgerton.

The second season of the drama series is set to begin filming in the UK soon and will follow the eldest Bridgerton sibling, Anthony, played by Jonathan Bailey. 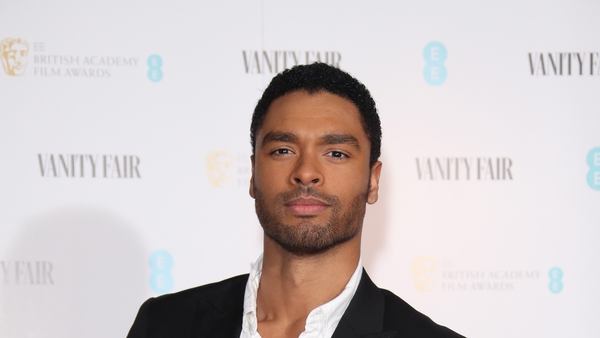