Reece Dinsdale has said filming the stunt that resulted in his Emmerdale character Paul Ashdale leaving the soap was "great fun".

On Thursday's episode of the ITV programme, his character died following a chain of events triggered by Jimmy King (Nick Miles) losing control of his car and ploughing into farm buildings.

Describing the stunt, Dinsdale said: "It was painstaking, both in its attention to detail and safety and also adhering to Covid rules at all times.

"But it was great fun though, too. More than your average day at the office."

He added he was "definitely" glad to go out with a bang.

Dinsdale, who also played Joe McIntyre in Coronation Street from 2008 until 2010, previously directed episodes of Emmerdale before joining the cast last year.

"I thought it might be difficult to top my exit from Corrie where I drowned in Lake Windermere... but maybe we did," he said.

"I'd say far better than leaving in a taxi."

Discussing his last day, he added: "It was actually filmed in sequence, for once, and was my death day in the hospital.

"It was very moving... and kind things were said to me that shall remain with me forever.

"What a fabulous big family the Emmerdale team are."

"Especially because we tried to make him a fully rounded character and didn't make him look villainous from the off," he said.

"The secret was to let his badness slowly bleed out. I think it worked.

"I was actually directing on Emmerdale when I was asked, right out of the blue, if I would like to play Paul.

"I'm delighted to announce, therefore, that I shall begin directing once again on the show in a couple of weeks time. I'm the cat that got the cream!"

May as well tell you (as @Reallisariley just let the cat out of the bag ??)... I'm actually not leaving #Emmerdale after all. I start directing the show in a couple of weeks time... which is where I came in in the first place.
I really couldn’t be more delighted.
Onwards! ?? pic.twitter.com/qRQtW7eKDJ 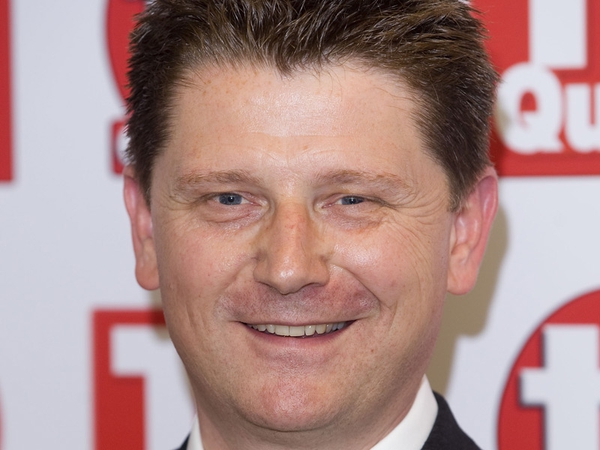