Good Morning Britain host Kate Garraway has said she plans to continue working, despite voicing her fears about the possibility of becoming the primary carer for her husband Derek Draper, who remains in hospital after being admitted with coronavirus symptoms in March last year.

Draper, 53, was subsequently placed in a coma, with doctors telling Garraway he was the most seriously ill person they had seen who remained alive.

The presenter has made a new documentary, Finding Derek, in which she discusses her fears around her husband returning home and meets experts, NHS staff and those suffering from 'Long Covid'.

The Press Association reports that Garraway tells the couple's son Bill: "You know that we are hoping that dad will get better and better, but when he comes home he will probably need to be in a wheelchair, so we are trying to make it so he can do all this.

"And if I have to give up work to care for him, then it is best to do it now when I am earning money.

"If he needs 24-hour care, I will be the primary carer. I have a fear of the reality of that life. It is a completely different dynamic to our relationship."

But The Mirror reports that when speaking on Good Morning Britain on Tuesday ahead of the documentary's broadcast, Garraway told co-host Ben Shephard: "You can't get rid of me that easily. I'm not going anywhere."

"I don't think I ever really saw it as giving up work. I saw it was, 'Right, I'm going to have to rethink my future'," she explained.

"This is what anyone who is facing a long-term, impacted illness is going through and that's going to mean altering my life.

"Actually, the reality is ITV and Global Radio, everyone has been so supportive and to be honest, being here has kept me sane."

'I thought this story needs to be told because I have a chance to tell it.'

Kate Garraway talks about why she made a new documentary following her emotional journey as her husband Derek fights the effects of Covid.

In the documentary, Garraway also says: "The only thing that panics me is that we are on such a rollercoaster with Derek that I am looking around during all this chaos and then the next minute there will be a phone call to say something has gone backwards.

"Derek is the sickest person the team of doctors in the lung hospital have treated that has lived," she explains.

"His kidneys have failed, his liver has failed, his heart is being supported with medicine.

"So the best way of coping with that is to think, 'What have I got control over?' and I guess that is making sure the children feel okay."

If you have been affected by issues raised in this article, please see: www.rte.ie/support. 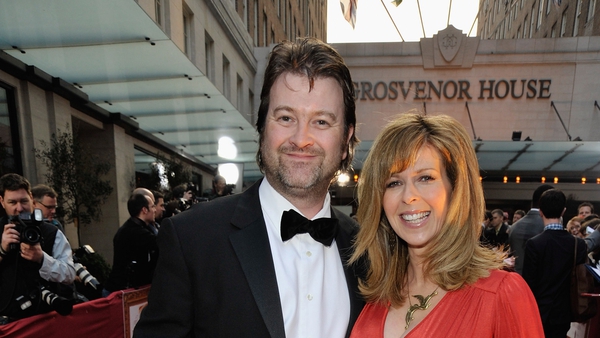