Kim Kardashian's mother Kris Jenner has said that she wants her daughter and Kanye West "to be happy" and that "it's always going to be a hard time".

Kim, 40, filled for divorce from West, 43, in Los Angeles on February 19, citing "irreconcilable differences" as the reason for the separation.

"I think it's always going to be hard anytime, you know, there’s a lot of kids," she said on Australian radio programme The Kyle & Jackie O Show.

"The good thing about our family is that we are there for each other and supportive and we love each other very, very much.

"I think we all want that for our families, just to be able to have...the love and appreciation of one another and just that everyone's okay," added Jenner.

The Australian radio hosts asked if viewers will see the lead up to the divorce, Jenner replied "You might."

"I don't know what they have decided on in the finale because we haven't even seen the first show yet," she explained.

"I'm sure they're putting some final touches, but I think it's just a private time for them."

"Kim wanted to deal with this with her own family in her own time, so I think that's going to be for her to work through and process," Jenner said.

The final series of Keeping Up With The Kardashians, the reality TV show that made the family famous, began airing in the US on Thursday.

It featured Scott Disick claiming former girlfriend Sofia Richie made him choose between her and his ex-partner Kourtney Kardashian.

TV personality Disick, 37, has three children with Kourtney, 41, and had been dating Richie – the 22-year-old daughter of singer Lionel – since 2017.

They broke up last year. On the show it was revealed tensions between Disick and Richie emerged over his closeness to Kourtney.

"I thought I would give it a try and make her more of a priority, but then even when doing that, I feel like she just started wanting to push Kourtney out," he told Kim and Khloe Kardashian.

"And I said like, that's the most important thing to me is my kids and that’s my family, and the only family I have, including you guys along with it.

"She was like, 'I don’t want to share you as a boyfriend with Kourtney. And then she literally said with an ultimatum: ‘You have to choose me or Kourtney.'"

Disick, father to sons Mason, 11, and Reign, 6, as well as daughter Penelope, 8, said he will "never" give up his relationship with Kourtney.

He added: "Nothing in a million years will be worth what we have." 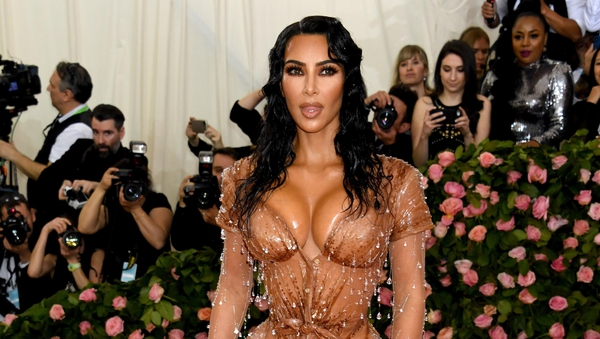 Fans can win lunch with Kim Kardashian-West and sisters