Tonight's top telly includes a look at legendary horror film-maker John Carpenter, the latest from Goodbye House and First Dates Ireland, and the finales of Turas Clainne, and Amazing Hotels . . .

Most recognised for directing the seminal horror films Halloween and The Thing, John Carpenter’s work includes a litany of cult hits. And he seems to have been around forever . . .

As well as numerous horror successes, Carpenter also directed several action and sci-fi classics such as Assault on Precinct 13, Escape from New York, Big Trouble in Little China and the hugely misinterpreted They Live.

The 1990s were less successful, with films such as Memoirs of an Invisible Man, Village of the Damned, and the sequel to his earlier hit Escape from LA all failing to win over critics and audiences.

He entered semi-retirement in the 2000s, but would eventually return to the Halloween franchise in 2018 in a executive producer role, marking his first direct involvement in the series since 1982's Halloween III: Season of the Witch.

This week, Adrianne from Dublin is looking for a smaller home now her children are old enough to fly the nest.

Helping her to make the big decision of where to go, her son, her sister, and her brother-in-law Gert involved in the search.

Impressively mohawked Phil (21) from Tipperary rocks up to the restaurant on a skateboard hoping to rom-com his way into the heart of ultra-positive musician Rebecca (22) originally from Boston, USA.

Keen to seize the day, 75-year-old 'merry widow' Marie from Meath waltzes into the arms of dapper 79-year-old dancer, Denis from Kildare.
Visual merchandiser Cian (25) from Tipperary shares his experience of small town life with fellow Clonmel native Jason (28). At first, things look good, but will they see eye to eye?

Arriving nervously for her date in her dad’s cab, single mammy Tracy (45) from Navan encounters the relaxed charm of unassuming father of two Karl (39) from Meath. 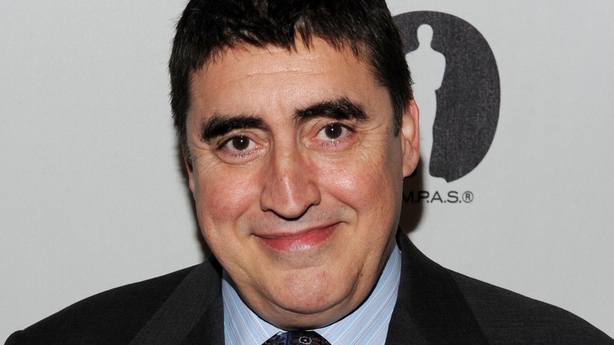 Here’s a welcome repeat of this film from the 1991 BBC series of unrelated one-off TV movies.

The film portrays comedian Tony Hancock - superbly played by Alfred Molina (above) - during the last eight years of his life.

It deals with the success of his final BBC TV series, in particular The Blood Donor with original writers Galton and Simpson, through his fall-out with the legendary duo.

It goes on to portray Hancock’s fall from popularity, his battle with drink and his attempts to bring his career back on track and his final TV series he was making in Australia before his eventual suicide in 1968.

There are some inaccuracies, for which it was criticised back in the day, but it’s still a great watch.

Documentary following the staff of Wood Green animal charity, who are committed to matching their homeless dogs with prospective owners.

An eight-stone Newfoundland makes a favourable first impression on the Coxon family, but staff are worried that his habit of showering everyone with a spray of slobber may take some of the gloss off.

Nine-week-old French bulldog Kevin competes with a nervous terrier to win the hearts of loved-up couple Ryan and Katie, while a recently widowed grandmother seeks another `beating heart' to help fill a home that is feeling very empty. 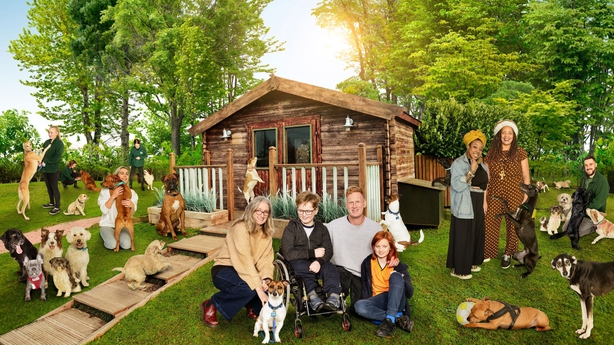 Most folk probably wouldn’t associate fighting in World War as being the kind of place for pill-popping - but when you think about it, why not?

Historian James Holland embarks on a quest to dig deeper and unearth the truth behind the role drugs such as methamphetamine played in the Second World War.

Basque Country, 1609. To postpone their execution, a group of women accused of witchcraft lure their inquisitor into witnessing the witches' Sabbath.

Their expectations of a standard business guest experience are blown away by discovering a hotel that makes guests' personal moments special.

From bath butlers to marriage proposals, the place is a resort for celebrations in the clouds. 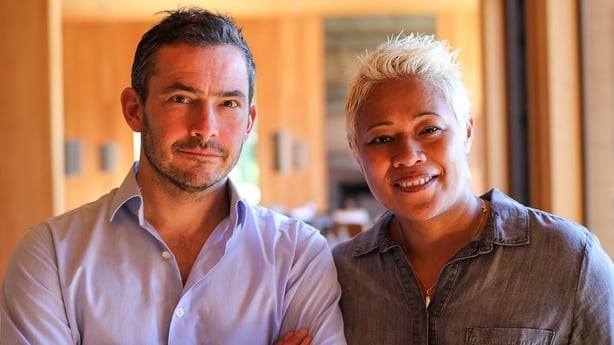 Here’s the final episode of the four-part series that explores the journey to parenthood and postpartum.

Following the birth of her son Louis, Nicola Fallon (below) from Kinvara experienced symptoms of postnatal depression, but the symptoms were not recognised and her mental health deteriorated.

This resulted in Nicola being hospitalised for six months in specialist psychiatric hospitals in Galway and Dublin.

She was unable to see her baby for three of the six months, having been considered a danger to herself and her baby. Nicola tells her story to help other new mums recognise the early onset symptoms of Postnatal depression.

This nightly series comes to a close as Nabil Abdulrashid, Tim Renkow, Catherine Bohart and Zoe Lyons deliver the laughs at the Bedford pub in Balham, South London.

That reminds me: the late great Peter Sellers once recorded a superb comedy track called Balham, Gateway to the South, which was originally a radio sketch. You should check it out.