Buckingham Palace has said its HR team is to examine the circumstances of the allegations of bullying made against the Duchess of Sussex.

The Times newspaper has reported allegations that during her time as a working royal, Meghan drove out two personal assistants and staff were "humiliated" on several occasions.

Underlying Meghan's actions, the paper claims, was the view of a number of sources that she wanted to be a "victim" so her "unbearable experience" would convince Harry they had to leave the UK – something her lawyers have denied.

The monarchy's "men in grey suits" have been accused of being aware of the alleged actions of the duchess and of doing "absolutely nothing to protect people".

Buckingham Palace said in a statement: "We are clearly very concerned about allegations in The Times following claims made by former staff of The Duke and Duchess of Sussex.

"Accordingly our HR team will look into the circumstances outlined in the article. Members of staff involved at the time, including those who have left the Household, will be invited to participate to see if lessons can be learned.

"The Royal Household has had a Dignity at Work policy in place for a number of years and does not and will not tolerate bullying or harassment in the workplace."

Britain's Duchess of Sussex is "saddened" by the report that she faced a bullying complaint during her time at Kensington Palace, her spokesman said.

"The duchess is saddened by this latest attack on her character, particularly as someone who has been the target of bullying herself and is deeply committed to supporting those who have experienced pain and trauma.

He added: "She is determined to continue her work building compassion around the world and will keep striving to set an example for doing what is right and doing what is good."

The report comes just days before Meghan Markle and husband Prince Harry's interview with Oprah Winfrey is due to be aired.

ITV has confirmed that it has acquired the UK rights for the television special and will air the programme on Monday, 8 March at 9:00pm.

The two-hour special will be broadcast in the US by network CBS this Sunday. It has been reported that the ITV deal for the broadcast rights is around £1 million.

A PR expert has described the timing of the interview, with Prince Harry's grandfather the Duke of Edinburgh currently unwell in hospital, as "horrendous".

Public relations and crisis consultant Mark Borkowski warned that the couple are at risk of a "real reputational mess" if they go ahead with the broadcast and said it should be postponed. 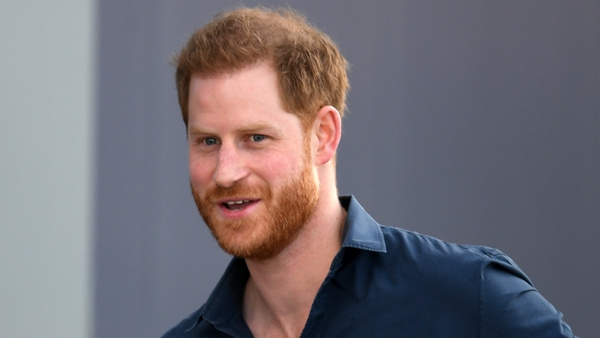