Jason Donovan has become the fifth celebrity contestant to quit ITV's Dancing on Ice. He recently suffered a back injury.

Donovan shared the news in a Facebook video. He had been partnered with professional skater Alexandra Schauman.

"I am devastated to announce that due to this ongoing back issue that occurred on Dancing on Ice about 10 days ago, and at the advice of my medical team in the show, that unfortunately I can't continue in the competition and therefore have to withdraw," he said. "It's a nightmare and I'm completely gutted.

"I want to thank everyone at Dancing on Ice, Jayne [Torvill], Chris [Dean], the judges, Phil [Schofield], Holly [Willoughby], the production team, the runners, and most importantly within that, I want to thank the celebrities, who've become friends; and also the pros, who just do such a great job with us all."

Donovan also thanked the fans for voting for him and Schauman.

"Sometimes those costumes were colourful and sometimes those moves were slightly dubious, but we tried," he continued. "We went out there and gave it out best.

"Most importantly, I want to thank Alex, my dance partner, who has been absolutely a beacon of support. She's believed in me when at times I didn't even believe in myself.

"She's been patient, and that time that we've spent together on the ice - rehearsing and getting these little routines together - has just been... That to me [is] what this whole experience has been about. And that friendship that I have with her goes beyond, you know, the show."

Donovan concluded by "wishing everyone the best for the series".

"I will be sitting at home this Sunday night and watching you all and cheering you all on."

The current series has been blighted by withdrawals.

Emmerdale star Joe-Warren Plant and his professional partner Vanessa Bauer became the fourth couple to quit the competition after they tested positive for coronavirus. Comedian Rufus Hound also left the show after he tested positive.

Reality TV star Billie Shepherd departed after sustaining an injury in a fall, while actress and singer Denise Van Outen withdrew after she partially dislocated her shoulder in training. Professional skater Hamish Gaman injured his finger while putting on a sock off the ice and had to leave.

Last Monday, ITV announced that Dancing on Ice would be taking a break and that there would be no live show on the Sunday. It is due to return this weekend. 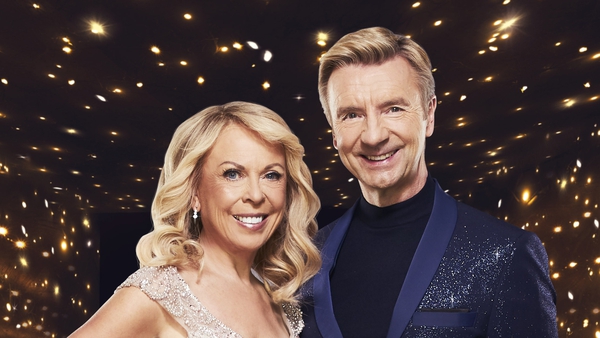 Jayne Torvill 'sad' to cancel Dancing on Ice this weekend