Aston Merrygold has said his JLS bandmates knew straight away that he was Robin on The Masked Singer.

The 33-year-old singer was the first famous face to have their identity revealed during Saturday night's final on ITV.

Singer-songwriter Joss Stone was crowned the winner after performing in disguise as Sausage, while R&B star Ne-Yo was named runner-up after taking to the stage as Badger.

Merrygold said his fellow stars in the boy band – Oritse Williams, Marvin Humes and JB Gill – recognised his voice from the start, but he was still unable to tell them the truth.

He said: "Listen, they have heard my voice for over 10 years and known each other for longer. As much as I said no they were like, 'Oh OK, cool, whatever’.

"They get it. ‘Of course you can’t say anything, we get it, but fine, it’s all good.’ I could say it as much as I wanted to be honest, but with them three it was like, ‘Good one mate’." 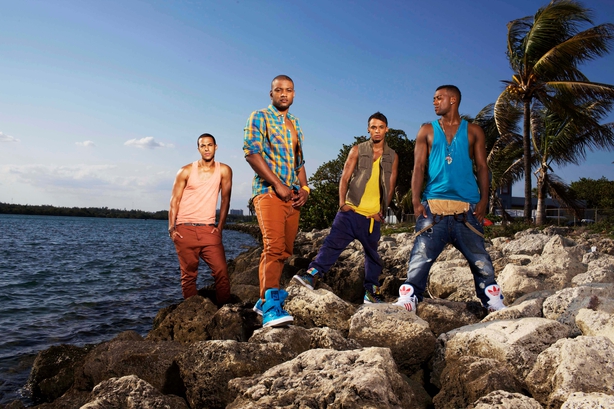 Last year the band announced they were reforming after seven years apart and would hit the road for a string of dates in November and December.

However, their plans were put on hold due to Covid-19, allowing Merrygold to take part in The Masked Singer.

He described the show as a "massive silver lining".

He added: "Obviously, the tour, it has been a long time coming for us. We obviously would have loved to be out there at that time. But it is going to happen when it can happen. We are scheduled for June so we are crossing all fingers and we are looking at stuff every single day hoping to make it happen.

"But getting to the show at that time for me just mentally and physically was very uplifting. There was a lot of pent-up frustration and a little performer anxiety kicking in.

"I was a bit like, ‘I need to do this’. Just sitting here doing the Instagram lives for instance in front of my phone. This isn’t enough to keep constantly in contact. I need to hit the stage.

"So as soon as that happened it was kind of like, ‘And breathe again’. It just calms you down a lot. Definite silver lining."