Britney Spears' father has failed in a bid to retain some of his rights over the pop star's estate following the latest hearing into her conservatorship.

Spears' finances and personal affairs have been controlled by a contentious legal agreement since 2008 after her life publicly unravelled. Her father, Jamie, was appointed her conservator.

At the request of Spears, who has tried ousting her father from his role, private wealth management firm the Bessemer Trust was made the co-conservator in November.

At a hearing in Los Angeles, her father lost a bid to retain the power to delegate investment powers for the estate.

Vivian Thoreen, representing Jamie, told the court her client did not want the power to delegate the estate’s investment power to a third party, only to the co-conservator.

She argued there is "no intent or desire" for unequal powers between the two conservators. The objection was denied by the judge Brenda J Perry.

Jamie participated virtually, speaking only briefly to confirm his attendance at the start of proceedings. Spears’ mother, Lynne, did not appear.

Lawyers acting on behalf of Britney’s father Jamie have argued his management of Spears' affairs saved her from financial ruin.

Last year a court was told her estate is now worth €49 million.

A small gathering of #FreeBritney supporters stood outside the Californian Courthouse.

The case is taking place against the backdrop of newly released documentary Framing Britney Spears.

The documentary led to an outpouring of celebrity support for Spears, with Miley Cyrus, Sarah Jessica Parker and Bette Midler all backing her.

Hayley Williams, the lead singer with rockband Paramore, said she was stunned by the documentary, which showed scenes of Spears being hounded by swarms of paparazzi.

She tweeted: "No artist today would have to endure the literal torture that media/society/utter misogynists inflicted upon her. The mental health awareness conversation, culturally, could never be where it is without the awful price she has paid."

Spears appeared to reference the documentary in a social media post on Tuesday.

Alongside a video of her performing, she said: "I'll always love being on stage …. but I am taking the time to learn and be a normal person ….. I love simply enjoying the basics of every day life !!!!

"Each person has their story and their take on other people's stories !!!! We all have so many different bright beautiful lives !!! Remember, no matter what we think we know about a person's life it is nothing compared to the actual person living behind the lens."

Spears, who has sold more than 100 million records worldwide, has not performed live since October 2018. She cancelled a much-anticipated Las Vegas residency in early 2019.

Another hearing in the conservatorship case is scheduled to take place on Wednesday, March 17. 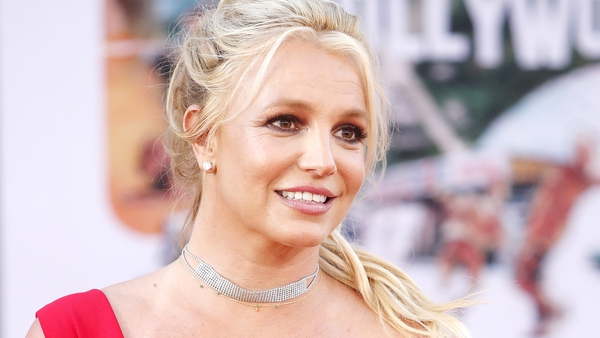