Ros na Rún star Fiachna Ó Braonáin has told the Ray D'Arcy Show on RTÉ Radio 1 that his role as Luke in the TG4 soap is "kind of something that's been bizarrely percolating for about 10 years", having auditioned twice in the past.

The Late Date host finally made his debut as Luke in Ros na Rún just before the New Year.

"Then, about five years ago, they called me again. Back in the car again - brilliant - down the M4, off we go down to Connemara for the day. [I] Did a bit of ham acting for the afternoon and, you know, they seemed to be a bit more positive that time! The days and the weeks and the months went by - nothing. Spectacularly unsuccessful, obviously!

"Then, last year, kind of around late spring/early summer, I got another email from them, wondering would I read for a part that they had me in mind for. So, I kind of roared laughing! 'Ah come on, lads. Not again!'

"But, of course, this time I couldn't travel to the West, and they asked me would I film a scene and stick it on my phone and send it down to them. I filmed it and I showed it to my wife - showed it to Síona - and she said: 'Ah listen, you needn't worry! You're not going to be going anywhere!'

"Then, about a week later, I got the phone call, saying, 'We want to offer you the part'. Third time lucky!"

"Is that your first acting role?" asked the host.

"Not really," Ó Braonáin replied. "People might remember the Hothouse Flowers were in an episode of Lovejoy about 25 years ago - playing ourselves! I couldn't even play myself!

"The context of that was they built an episode around the Hothouse Flowers, who were touring around the UK. I was the proud possessor of an ancient Celtic harp - it was kind of like our mascot that we carried with us on the road - and it was stolen from backstage after a gig.

"We needed to enlist the services of an antique expert/sleuth-type character - and enter Mr Lovejoy (Ian McShane) and his friends. The fella who played Tinker, Dudley Sutton, became a great friend of ours, and [we] hung out with him a lot."

"They say it's very difficult to play yourself," offered D'Arcy.

"When I looked back at myself, I thought I was ham acting myself!" Ó Braonáin laughed.

Ros na Rún airs on TG4 on Tuesdays and Thursdays. 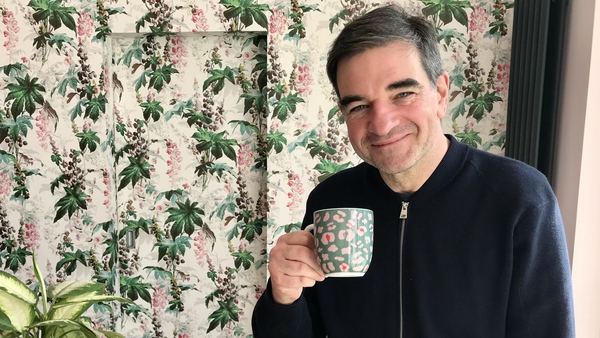 At home with... Fiachna Ó Braonáin