The Weeknd enlisted a small army of lookalikes for a typically glittering Super Bowl half-time show packed with hits.

About 25,000 fans - including 7,500 vaccinated healthcare workers - were allowed inside the Raymond James Stadium, which has a capacity of 65,890. The rest of the crowd was made of cut-outs.

Canadian superstar The Weeknd capped a year of massive chart success by performing the coveted half-time slot, with a set lacking none of the usual spectacle despite the limited attendance. 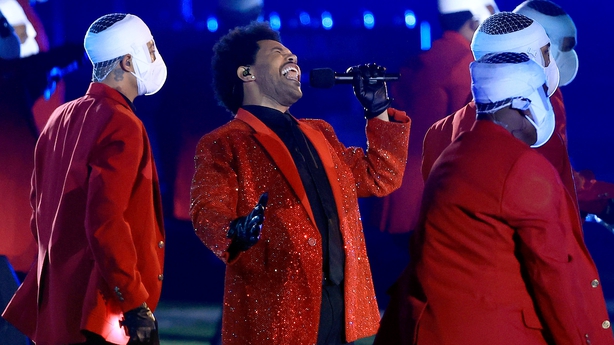 It opened with the R&B singer seated against the backdrop of a cityscape populated by backing dancers dressed as gospel singers.

He launched into his opening number, 2016 hit Starboy, followed by The Hills.

For Can't Feel My Face, The Weeknd brought fans inside a brightly lit corridor, unsteadily holding the camera up to his own face.

A full moon rose above the stage while The Weeknd sang I Feel It Coming and fireworks erupted in the Florida sky.

After a rendition of Save Your Tears, The Weeknd performed Earned It from the Fifty Shades Of Grey soundtrack. 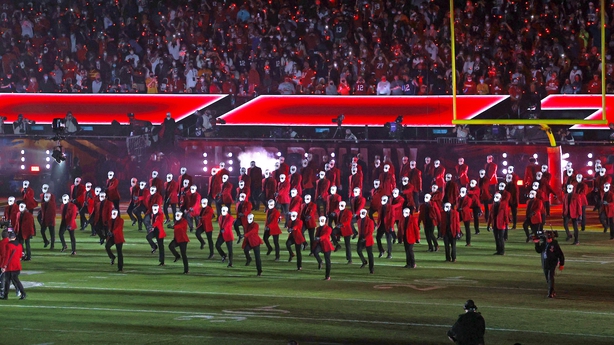 He joined a small army of backing dancers - all wearing the same red jacket as him but with bandages on their faces in line with the aesthetic for his After Hours album - on the field to perform 2020 megahit Blinding Lights.

As the lookalikes lay down, a triumphant The Weeknd, who before the show revealed he spent spent seven million dollars (about #5 million) on the performance, stood beneath a sky filled with fireworks. 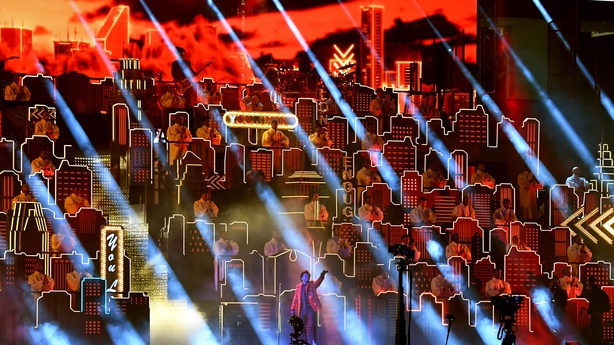 The Super Bowl, one of the year's biggest cultural events in the US, featured the usual Hollywood star power, with blockbuster film trailers and celebrity-filled adverts appearing during the many commercial breaks.

Before kick-off, singer-songwriter H.E.R. performed America The Beautiful while country music star Eric Church was joined by singer Jazmine Sullivan for the US national anthem.