The Staves say they shed tears during the recording of their new album following the sudden death of their mother and several other major events that set their lives into a tailspin over the past few years.

The sister trio of Camilla, Jessica and Emily Staveley-Taylor have just released their third album, Good Woman, and it’s a cry of defiance in the face of heartbreak, the end of love, a sharp rebuke to self-imposed expectations, and a celebration of womanhood itself. 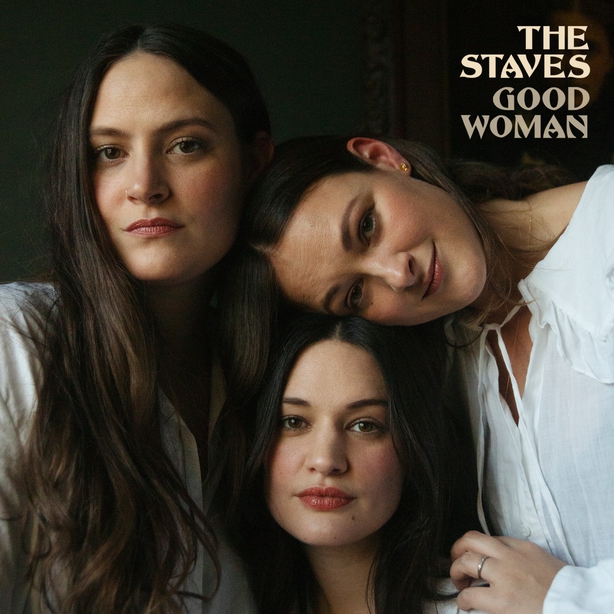 It was born out of several major upheavals in their lives, with the death of their grandmother in the summer of 2018, and two weeks later, the loss of their mother, and then in 2019, as if to complete the circuit of life, the arrival of Emily’s first born.

"This whole process of grieving, the death of anyone but particularly a parent is such a hard thing to go through."

Their mother, Jean, was a former teacher who had encouraged the three sisters to follow their dream of making music and they sing her memory on Sparks, one of the new album's most moving songs.

There wasn’t quite blood on the tracks but there were tears in the studio when they were recording. "Yeah, there definitely were tears," the sisters say almost in unison before Jessica continues. "It’s those moments where I realise that we do have each other.

"This whole process of grieving, the death of anyone but particularly a parent is such a hard thing to go through and normally we would have other people around who weren’t going through it and they could pick up the slack but, in our case, it was just three of us."

Good Woman is an outstanding record that should banish pigeonholing of the Watford sisters with the bawdy sense of humour and the angelic voices as floaty folkies singing madrigals in a moonlit garden.

"None of us could carry on because we were all going through the same thing," says Camilla. "The downside was that we had to take big breaks from the band.

"The upside was that we were all going through it together and we understood that we had each other there and, in the studio, if I was a solo artist trying to sing about this stuff on my own, I'm not sure if id’ be able to do that."

The confluence of sad events led to a dam burst of emotions on an outstanding record that should banish pigeonholing of the Watford sisters with the bawdy sense of humour and the angelic voices as floaty folkies singing madrigals in a moonlit garden.

Good Woman is an album of many moods. The title track has a touch of Fleetwood Mac, they get fleetingly foxy on Next Year, Next Time, there may be touches of Big Thief in places, and the cruising heartland rock of War on Drugs was also an influence. The Staves’ spectral and organic sound now comes with a brittle edge.

Amid the sonic adventurism (field recordings made on their phones, subliminal snatches of conversation from their mother and grandmother), Good Woman fair bucks with a newfound defiance and a righteous anger about their place in the world and indeed in the tawdry business of music.

The initial plan was to go it alone and self-produce but they invited producer John Congleton (who has previously worked with Sharon Van Etten and St. Vincent) to lend an ear to their new songs and he ended up as a fourth voice, encouraged them to be sometimes brutally honest with their emotions.

"During the time we had off, we were really questioning what we were doing as a band," says Jessica. "At that time we needed each other much more as family and sisters and the band was almost getting in the way and Emily became pregnant and had a baby, which was a huge change in all of our lives and in our lives as a band. The future’s going to look a bit different for us now.

"We decided to get back on the horse and do it again in late 2019 and then it all happened really quickly."

"We wrote it over such a long span of time that we never anticipated that it would take from 2017 to the end of 2019 to make the album," adds Camilla.

"It’s a kind of lesson in being resilient and taking things as they come and being painfully reminded of how little control you have over things and how you really need to accept what is thrown at you, be ready for it and be brave."

"It's difficult sometimes when you’re writing from a place of being wronged because especially as a woman there’s this thing instilled in you about don’t be this scorned, bitter, shriveled woman."

Jessica adds, "From the beginning we sat down and talked about the ideas we had for these songs and bold was the word we kept coming back to, with the ideas and the sound and just going for things wholeheartedly.

"We knew from the beginning that it wasn’t just going to be drums, bass and electric guitars in a room, it was going to be more involved in terms of production and arrangements."

Careful, Kid is very much Camilla’s song. "Coming round after a five-year rebound", she sings sweetly but with an undertone of real venom as she lays bare her feelings after the break-up of a five-year relationship with her boyfriend, whom she lived with in Minneapolis.

The song is delivered over a Zeppy crunch of guitar distortion and is a lash of spleen venting on an album already bursting with stark honesty.

"Hahaha! I was a massive chance for me to vent!" Camilla laughs. "I wanted that song to be a bit of a karmic warning to a particular person about their behaviour and how it could end up badly down the line if they continue on this road.

"It’s difficult sometimes when you’re writing from a place of being wronged because especially as a woman there’s this thing instilled in you about don’t be this scorned, bitter, shriveled woman and I was second guessing myself thinking, `oh sh**! Am I being a bit bitchy here?’ 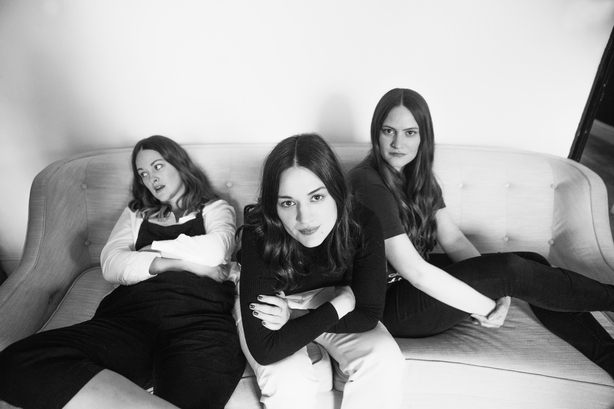 "And then thinking I'm just saying what I want to say and that’s not wrong, that’s just how you feel, and that person hasn’t given you much thought about how they treated you, so I think you’re allowed speak your truth, not to sound too much like a therapist.

"So that song was a real chance to do that, and it felt really liberating and cathartic."

And without sounding too much like a therapist or a daytime presenter on US TV, the arrival of Emily’s firstborn, Maggie, soon after the death of the sisters' mother and grandmother did make them think about the circle of life.

"One door closes and another one open," says Jessica. "Talking about womanhood, it definitely felt there was a cycle. There's another woman in the family!

"The song Good Woman had been around for quite a while, but we still hadn’t decided to the title of the album and by the time Maggie came along, it was definitely going to be called Good Woman."

Good Woman is out now on Atlantic Records