Half-Irish, half-Scottish teenager Lilly Aspell who plays a young Diana in the new Wonder Woman movie has said it was her history in showjumping that allowed her to do most of her own stunts in the blockbuster.

Aspell, who is the daughter of Irish jockey Paddy Aspell and Scottish jockey Donna Caldwell proved herself to be a very competent rider at the age of nine in the Wonder Woman film.

She was determined to do as much of the physical aspect of the role as possible, including wire work and scenes of her racing on a horse.

The actress, who was born in Scotland, is the star of the action-packed opening sequence of the film. A young Diana is shown taking part in the Amazonian Games on the island of Themyscira.

Aspell said: "I've done the majority of my stunts and then the ones I wasn’t allowed to do, my amazing stunt double has done them, and done an amazing job, but that doesn’t mean I wasn’t up for it!"

She added: "I showjump, I was mainly doing the acting to fund the showjumping.

"Showjumping is a very, very expensive sport, and I wasn’t as privileged as other people are in showjumping so I had to work for it, and my whole family is really horsey so it helped.

"I was four or five when I started showjumping and I was riding since I could talk.

"I love them both (acting and riding), I adore them so much, both careers, so to combine them is just an amazing experience."

Aspell, who appeared in flashbacks in the 2017 Wonder Woman movie, was spotted for the role because of her resemblance to star Gal Gadot. She was six and was out shopping with her mother at the time.

She said: "I got spotted in London and it was fate, we went shopping and Wonder Woman was my first movie."

She continued: "It’s very strange watching it back, even the first Wonder Woman my mum puts it on and she just cries every time she watches it because she’s so proud.

"It’s really weird watching my younger self and there are so many things I’ve improved on since the first Wonder Woman, and the second movie I had a little bit more experience under my belt."

Aspell said she has been taking tips from Gadot, and on days off from filming on the Canary Islands they went on excursions.

She said: "On the days off we got invited on to a boat with her and Patty (Jenkins, the director) and my double and the stunt crew and it was so cool. It was really, really fun and we spent the whole day together on this boat and it was amazing.

"I’ve taken from her always be humble and go for what you believe and just dream."

Now Aspell is hopeful a young Diana will make an appearance in a possible third Wonder Woman film.

She said: "I would absolutely love it, I hope I get the call but you never know."

Wonder Woman 1984 is available now on Premium Video on demand. 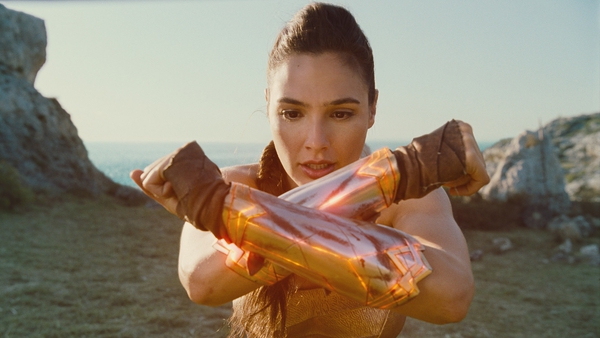