Phillip Schofield has praised Ruth Langsford and Eamonn Holmes after he spoke about his sexuality on one of their editions of This Morning.

The 58-year-old presenter star appeared on a programme they were hosting last year, soon after he had revealed on Instagram that he had "been coming to terms with the fact that I am gay".

"I said to Holly 'It has to be on This Morning – I owe it to our viewers because you know it is all a family, they have to be the first to hear'," he told the Life, Interrupted podcast.

"Eamonn and Ruth were brought into the conversation much later but they were as obviously as gracious as you would expect them to be that I needed to nick 10 minutes of their show."

"And so that was it, that was decided," he said.

Schofield added: "The date was decided because we didn’t want it to be too close to the NTAs (National Television Awards).

"We didn’t want to look like it was a publicity thing. And then I can remember saying ‘This is ridiculous … this is the biggest thing I’m ever going to do in my life. How is this a publicity stunt? For what?'" 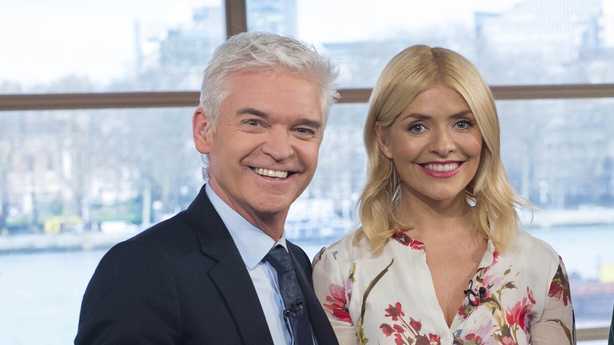 He said of Willoughby: "There’s no way it would have been anyone else. There’s not a single person on this planet that I would have done that with other than Holly, it was only going to be her.

"And she was unbelievable. When you’re sitting opposite a mate who is doing this … It’s a fine line.

"She had to ask the right questions she had. She couldn’t give me an easy ride, it had to be tough questions."

"But at the same time making sure that I was OK because she knew that I wasn’t. It was tough. That was a very difficult gig for her but she was so magnificent."

Holmes and Langsford recently left the Friday show in a shake-up, with Dermot O’Leary and Alison Hammond taking their place.

The married couple will continue to host the daytime show "during key holidays".