Strictly Come Dancing professional dancer Katya Jones has joked that the 2018 furore over her kiss with celebrity dance partner Seann Walsh eclipsed the coverage of Brexit for two weeks.

The scandal erupted in October 2018 after the then-married Jones was photographed kissing Walsh, who was also in a relationship, on a night out in London. Both made public apologies after the photos were published.

Walsh and his girlfriend Rebecca Humphries subsequently split, with Jones and her former husband, Strictly professional Neil Jones, announcing their split in August 2019.

Reflecting on the furore in an interview with The Sun, Jones said that she has no regrets, and that she and her ex-husband have "never been so close".

"There aren't any regrets because that's not how I like to lead my life," said the 31-year-old.

"Of course, certain things made it hell, all the attention - and I think for two weeks Brexit was forgotten!

"It was mental, and it took time to get over it. But the way I came out of it, I am happy, and my ex-husband Neil and I have never been so close. Which I think says it all."

They were forced to drop out of the competition when Jones tested positive for Covid-19 but will return for a non-competitive dance this month. 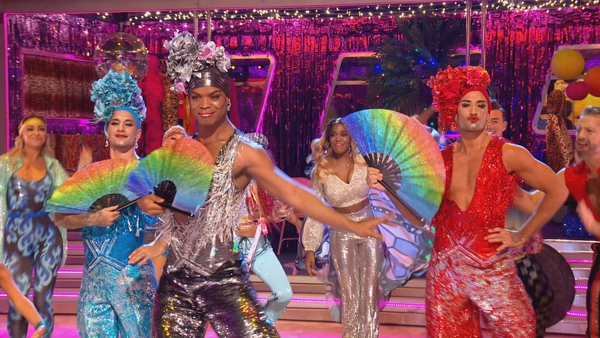