Dermot Kennedy has become one of the biggest and fastest selling live artists in Irish history after fans snapped up over 112,000 tickets for his 2021 Irish dates.

The Dubliner has scheduled eight Irish shows next year in Dublin, Cork, Belfast and Killarney and they are all now sold out. 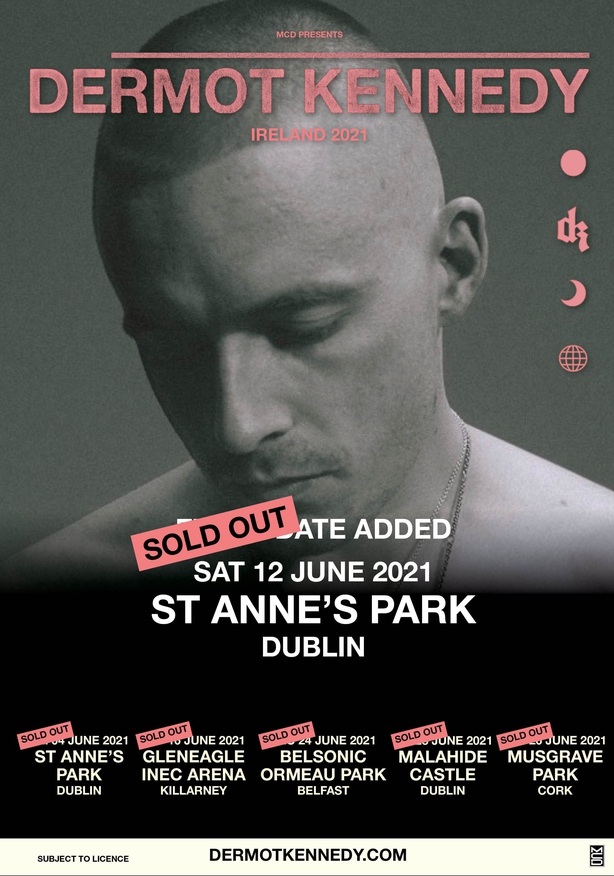 The singer’s 2020 album Without Fear has spent a total of 12 weeks at the Number One spot on the Irish Album Charts, and last week he made history when he took the No. 1 slot in both the Official Irish Singles and Album chart with Giants and Without Fear.

2021 sees Kennedy set to perform his biggest sold-out shows to date, including two nights at London’s Alexandra Palace, and a night at the legendary Red Rocks Amphitheatre in Colorado, USA.