Six-year-old Adam King from Cork won the hearts of the nation on last week's Late Late Toy Show, and on Friday night's Late Late he had a special treat when he got to chat to astronaut, Commander Chris Hadfield.

Commander Hadfield appeared via Zoom on RTÉ One's Late Late Show and during the interview, Adam, who has brittle bones, was surprised by the media-savvy spaceman, who last weekend had tweeted following Adam's appearance on the show.

Adam - I've been lucky enough to CAPCOM many spaceflights. We should talk space together. Take care, be good - Chris@RTELateLateShow https://t.co/XacYA9ncKT

Commander Hadfield first spoke to Ryan and told him how Adam, who had told viewers of his ambition to work at ground control at NASA, had caught his attention.

"There was such a social media response, just to the type of person that Adam is," he said. "Immediately it just lit up with 'hey, Commander Hadfield, you have got to meet this kid?' 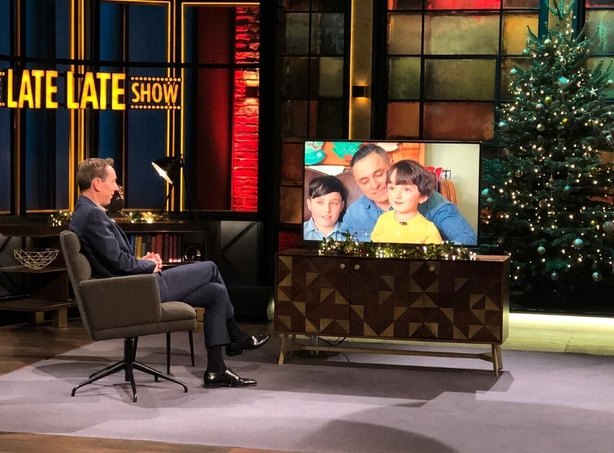 "And so, I just responded back that I'd love to and comment on the type of person that he is, and I obviously wasn't alone in thinking that. It has been really nice to see and have a little more direct contact with Adam and his family."

"We need that sort of combination of both the unstoppable curiosity but also the willingness to put in the work to back it up, it's great to see an example like Adam."

Speaking about Adam's aspirations to become part of the ground support staff for manned space missions, Commander Hadfield said: "Capcom is a fascinating job, you are right in the thick of it, it's like a mystery, solving things constantly... you have to rely on your own skill and the skill of the people around you.

"That type of environment, it seems to me that Adam might thrive in. Maybe more importantly now it inspires him right now to pursue things that otherwise he might never have felt the freedom to pursue... and that may be just as important." 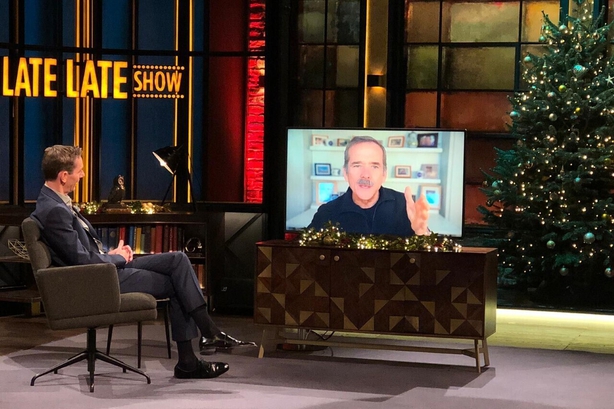 He added, "Sure, he will end up doing something superb with his life... but the process and the inspiration I think is so important and that's part of the reflection that I really like to see also."

The interview then linked up to Adam in Cork, and Commander Hadfield introduced himself, saying, "I understand, Adam, that you talk space not just with me, but you talk space with your brothers and sisters as well? Where do you go on your space missions, Adam?"

Commander Hadfield: "I don't know if you know but I have two brothers and two sisters and when I was your age, we did the exact same thing, we dreamed about flying in space.

"The cool thing, Adam, is that when I got older, I got the chance to actually fly in space, three times. It's amazing what can happen in life, and I was a CAPCOM."

Adam also asked the commander was he scared on his first space mission.

"When I was six years old, I was afraid because I didn't know everything that I needed to know yet, but I changed who I was, Adam," he said.

"I studied and I read books and I watched movies and I talked to people who knew what they were doing, and I practised, just like you are practising, over and over again. On the day that I was going to space,

"I walked up and over the elevator and I lay down in the rocket on my back, even though it was a dangerous thing because I knew what I was doing, I wasn't afraid because I was ready. I'd much rather be ready than afraid, and you have got your whole life to get ready." 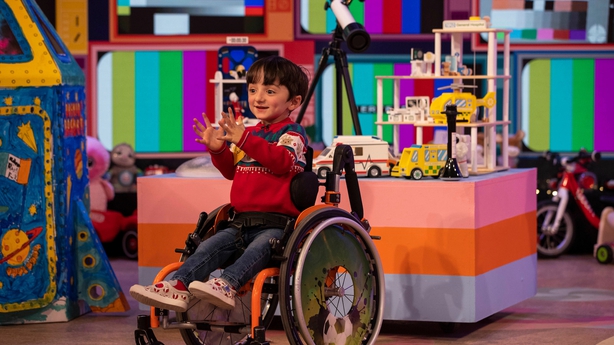 Adam spoke to Ryan from his home in Cork with dad David and his siblings by his side and said that he still hasn't come back down to earth since his experience on The Late Late Toy Show.

Of his return to school, Adam said: "We had a big party and they gave me a guard of honour when I just came back"

Asked by Ryan "who is the most famous man in Ireland", Adam laughed and responded "me".