The Crown star Helena Bonham Carter has said the show has a 'moral responsibility' to make it clear to viewers that they are making a TV drama, not a historical documentary

Netflix's royal drama has received criticism for not making it clear that the show is using creative licence and is not fully based on facts.

The UK's Culture Secretary Oliver Dowden is expected to write to the US streaming giant this week, raising concerns that some younger viewers may mistake The Crown as a work of fact.

Speaking on the show's official podcastBonham Carter, who Princess Margaret on the show, said there are between "our version" and the "real version".

She said: "I do feel very strongly because I think we have a moral responsibility to say, 'Hang on guys, this is not... it's not drama doc, we're making a drama'.

"So they are two different entities."

Earl Spencer, the brother of Diana, Princess of Wales, has called for Netflix to add a disclaimer making it clear The Crown is a work of fiction.

He told ITV's Lorraine: "I think it would help The Crown an enormous amount if, at the beginning of each episode, it stated that, 'This isn't true but it is based around some real events'.

"I worry people do think that this is gospel and that's unfair."

Peter Morgan, who created The Crown, had previously appeared on the podcast to defend his right to creative licence.

Season four of The Crown explores the Prince of Wales's relationship with Diana. Actress Emma Corrin has won plaudits for her portrayal of the princess.

Former royal butler Paul Burrell said the new season is a "fair and accurate dramatisation" of the royal family's treatment of Diana. 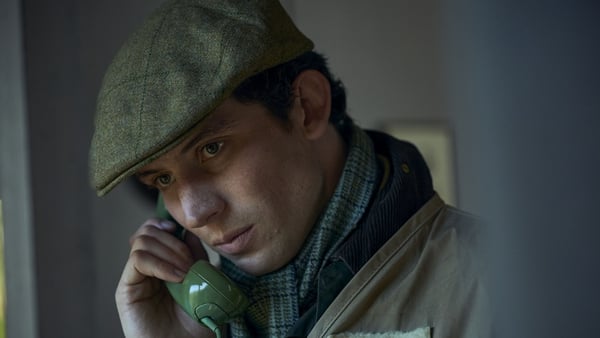