This year's Late Late Toy Show has recorded its highest TV audience on record with an impressive 1.7 million viewers tuning in across the weekend, including catch-up viewing.

It comes as no surprise that 2020's outing of the much-loved show, which was broadcast in 138 countries across the globe, won over the hearts of viewers at home and across the world, after many people called Friday's extravaganza the 'best ever Toy Show'.

1.5 million viewers watched the entire show, which was themed The Wonderful World of Roald Dahl, on RTÉ One on Friday night, representing a 79% audience share.

Online, The Late Late Toy Show exceeded 500,000 streams live and on-demand across the weekend, in what was also a record-breaking weekend on RTÉ Player. 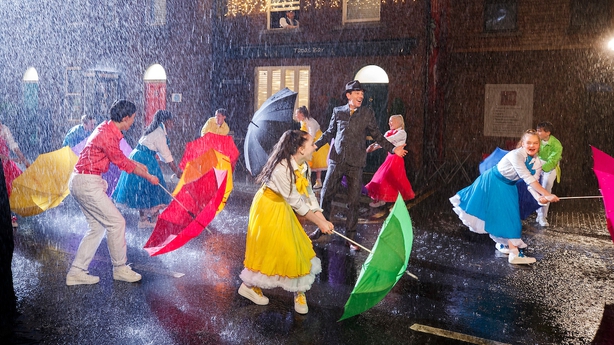 The Late Late Toy Show threw its arms around the world like never before on Friday night, raising over €6.2m for children's charities in between all the fun and heartwarming moments.

"The true essence and magic of The Late Late Toy Show was really captured this year with the wonderful children involved," he said.

"To hear that it was beaming into 138 countries across the globe is just phenomenal. The fact that children and their families who might not be able to get back home this Christmas got to join with us in unison was very important to us."

Tubridy added: "The Irish people continue to astound with their ability to dig deep and support The Late Late Toy Show appeal, raising much-needed funds and truly exceeding all expectations with their generosity. I think it's safe to say we are truly humbled by the reaction to the show."

You can catch up on all of the happenings from Friday's show on the RTÉ Player.