Kevin Simm, who replaced Marti Pellow as front man of Scottish band Wet Wet Wet, has said that he is feeling the pressure ahead of the release of their new album.

Pellow quit the band in 2017 to pursue a solo career, leaving the band to look for a new lead singer in 2018.

Speaking as Wet Wet Wet announced a new album and UK theatre tour for autumn 2021, former Liberty X member Simm said he hoped to cement his place in the quartet with a selection of original material.

"Of course there is a pressure. I feel with it being my first record with the guys I want the fans to be blown away by it," he said.

"The last year or so has been me proving I can sing the songs from the back catalogue and that I can do a good job with them.

"I am now part of Wet Wet Wet's history - as in I have become a member of the band.

"The real way to really cement my place and put my stamp on the band is by tracks that are originally with me at the front."

Simm, from Chorley in Lancashire, performed live with the band a number of times before the coronavirus pandemic struck.

The group - which also includes Graeme Clark, Neil Mitchell and Tommy Cunningham - are currently finishing The Journey, the band's seventh album and first in more than 13 years.

Speaking about winning over the band's old fans, Simm said: "With any band, whether it be Wet Wet Wet or Oasis or Liberty X, any member change is never going to be a unanimous thumbs up from the fans.

"There is always going to be fans who can't accept it, no matter what band it is.

"From my point of view, it would probably be foolish for me to say the majority of fans have accepted me, but I have felt nothing but love when we have been out and gigged."

Drummer Cunningham spoke of his upset over Pellow's decision to quit the band and pursue a solo career.

He said: "I had teary moments where I just couldn't believe that such a strong friendship and bond had broken so easily and over such a thing as someone's greed, in a way.

"To go and try and steal an audience. We had our 30th anniversary, we had our tour lined up, it was all there.

"Everyone was in agreement for six or seven months beforehand.

"Two days before announcement he decided he would go and put his own tour on sale and try and pull the rug from under it."

But Cunningham said Simm's arrival had "evaporated" their worries over how they would continue.

56-year-old Cunningham also offered an insight into the sound of their upcoming album.

"We are not going to try and become Taylor Swift," he quipped.

"We have not got our 25 producers that we send it out to and it comes in and it's all machines doing everything.

"We look at our strengths. Our strengths are we do emotional, melodic songs.

"We do them with real instruments, so in other words it has to stand up with piano, guitar, vocal, bass and drums. That's the criteria." Cunningham said.

The Scottish band has sold 15 million records, and spent 15 weeks at the top of the charts in 1994 with their cover of The Troggs' track Love Is All Around. 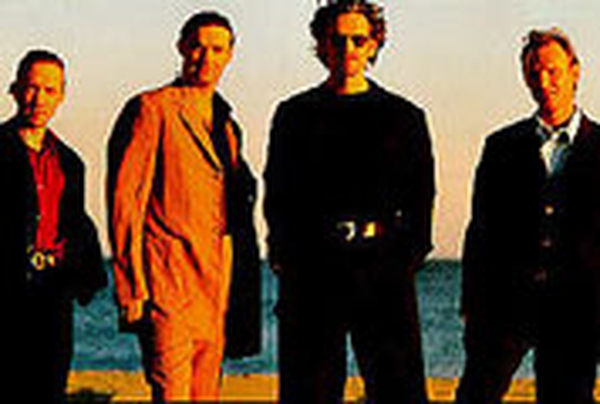