The Welsh First Minister, Mark Drakeford, has expressed concern about the use of non-native wildlife on I'm A Celebrity... Get Me Out Of Here!.

Police are investigating the programme over its use of non-native species of bugs, including cockroaches, maggots, spiders and worms, according to The Guardian.

The newspaper said the programme had potentially breached the UK's Wildlife and Countryside Act if it failed to get a licence for the release of the insects.

The ITV show has defended its use of bugs, saying all the insects used during the programme are "non-invasive species".

First Minister Drakeford told BBC Breakfast: "We worked carefully with the production company to make sure that all the rules are being observed.

"If there have been some infringements, then it's right that they are investigated.

"We would be concerned about non-native species being released."

He said that "viewers will have seen the stories from Denmark recently about mink and coronavirus crossing species".

"We wouldn't want to see non-native species being released here in Wales because of the risks that could pose to the health of other wildlife, but potentially, as in the Danish situation, the risk to human health as well," he continued.

But he said the programme "has brought the eyes of people outside Wales to Wales".

He added: "Looking ahead to next year, of course, we look forward very much to being able to welcome people back here to Wales."

I'm A Celeb... is being filmed in Wales rather than its usual location in Australia due to the coronavirus pandemic.

A range of insects has been used during the programme's notoriously unpleasant trials, which have seen large quantities of bugs dumped onto the celebrities as they take part in challenges.

The programme's spokesman added: "All of the insects used on I'm A Celebrity are non-invasive species.

"They are only ever released in a contained area and collected immediately after filming.

"The bugs are UK-bred and are commercially purchased in the UK for birds and exotic animal feed for pets and zookeepers in normal circumstances.

"Our insects have been donated to local wildlife sanctuaries, trusts and zoos for their exotic animal and bird feed after filming." 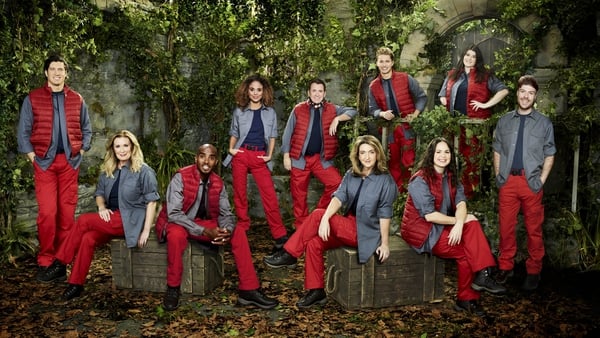 Web of intrigue. I'm a Celeb defends use of spiders and more