Singer The Weeknd has hit out at being overlooked for the upcoming Grammys.

In a Tweet, The Weeknd - real name Abel Makkonen Tesfaye - told Grammy organisers: "You owe me, my fans and the industry transparency..."

The Weeknd's After Hours is one of the most-acclaimed albums of 2020 but does not feature on any of the Grammy shortlists for Best Albums, Songs or Records of the Year, or in the genre categories for artists. The album was among the winners at the American Music Awards at the weekend.

When asked about The Weeknd's non-appearance on the shortlists, Grammy's boss Harvey Mason Jr told trade daily Variety: "It really just comes down to the voting body that decides. We have eight nomination slots to fill [in the Best Album, Song, Record and New Artist categories], five in others, and the voters vote for their favorites. It's really interesting, though."

Irish five-piece Fontaines D.C. have been nominated for their first Grammy Award for their second album, A Hero's Death.

In a live-streamed ceremony on Tuesday, the Dublin-based band were announced as nominees in the Best Rock Album category, alongside The Strokes, Sturgill Simpson, Grace Potter and Michael Kiwanuka. 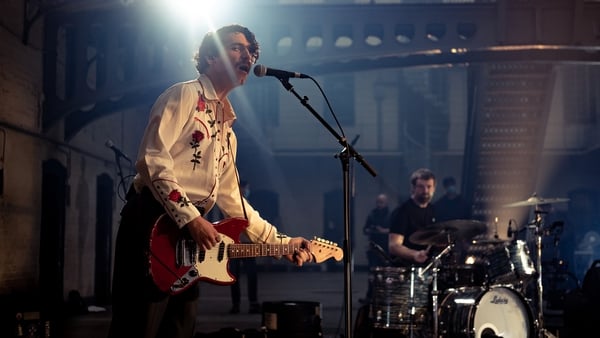