Peter Sawkins has been named as the winner of this year's Great British Bake Off after he saw off competition from Laura Adlington and Dave Friday in Tuesday's final on Channel 4.

The 20-year-old accounting and finance student from Edinburgh was named as the victor after becoming the youngest finalist in the programme's history. 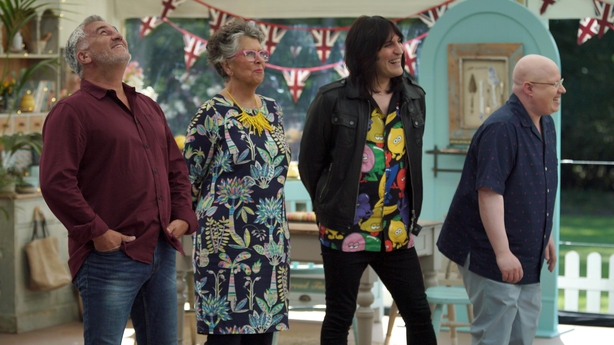 While Laura's poor performance in the first two rounds of the final took her out of contention, judge Paul Hollywood said the competition was "as close to a draw that I've ever seen".

His fellow judge Prue Leith agreed it was "so close" between Peter and Dave, 30, a security guard from Hampshire.

Some advice to Bake Off Winner Peter from @realmattlucas… #GBBO pic.twitter.com/f04Bh7yKGB

Peter took inspiration from the Scottish pudding Cranachan when making his custard slices, using raspberries, oats and whisky to flavour it.

Leith said they "looked incredible", adding that he had made a "really lovely custard slice", while Hollywood complimented their flavour.

However, Laura's final began with a disastrous first round after her custard failed to set and her slices failed to hold their shape.

The 31-year-old digital manager from Kent told the judges she was "embarrassed" to serve her slices to the judges, adding they looked as though they had been dropped on the floor.

Laura also finished bottom in the walnut whirl challenge, which was completed in very hot conditions, after she messed up her timings and failed to have all the components properly cooled in time for the tasting.

Dave excelled in the technical challenge, finishing in first place ahead of Peter.

The three contestants were tasked with creating a multi-layered dessert which reflected on their time on the show in the final showstopper challenge.

Laura decided to recreate some of her previous triumphs in a dessert which featured components including Chelsea buns, macarons and carrot and walnut cake.

Leith praised her efforts, saying there is "nothing wrong with your baking".

However, it was not enough to bring her back into contention.

The judges gave mixed reviews of his attempt to right the wrongs of previous weeks.

Peter's dessert featured components including a Victoria sandwich, choux buns and Battenberg biscuits and was labelled a "good effort" by Leith.

The showstopper round was watched by the entire crew for the 11th series of the programme, who formed a "bubble" in Down Hall Hotel near Bishop's Stortford, Hertfordshire in the UK, throughout the duration of filming, after being tested for the virus and self-isolating.

Production of the series initially had to be delayed because of the coronavirus pandemic, however filming of the programme finished around the end of August.