It's all kicking off down Weatherfield way as Coronation Street schemer Ray Crosby faces fury next week as his skyscraper plans are exposed.

The property developer is currently plotting to demolish half of the Street and build a luxury tower block, but so far most of the local residents are oblivious to the threat he poses.

Actor Mark Frost, who plays Crosby, puts the character's motives for flattening Coronation Street as stretching far beyond basic greed. Here’s a poor boy who made good - but who’s ashamed of his roots.

"Other than wealth, he is extremely ambitious but the thing about Coronation Street is that it chimes with him because he was born in similar surroundings," says Frost.

"The residents of Coronation Street are proud of their roots and their community, however Ray has always wanted to better himself and move in much bigger circles.

"He is ashamed of his roots and he wants to distance himself so his pursuit of wealth and status is a way of reinventing himself.

"Ray talks about making his millions by himself on the back of a burger stall outside of [former home of Manchester City] Maine Road as a kid so he can’t abide poverty, and equates it to laziness.

"He believes you pull yourself up by your bootstraps to succeed and anything less is a sign of weakness.

"He almost has a personal loathing for the residents of Coronation Street because they are sentimental and they have a sense of pride in their community which he sees as a sign of weakness." 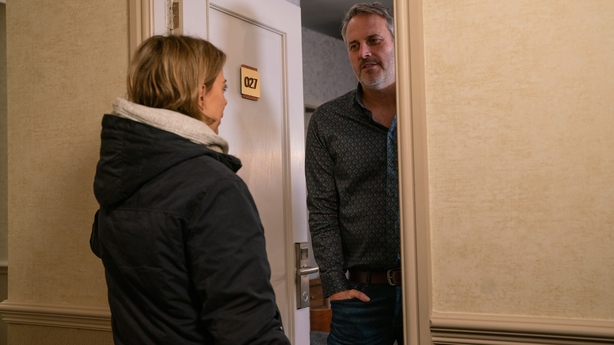 But the locals aren’t going to take Ray’s plans to demolish homes and shatter the local landscape lying down.

This week, Abi rallies the neighbours round to gatecrash Ray’s press launch. With the history between Abi and Ray, Mark thinks he should be fearful of her attempts to thwart his plans.

"Ray grossly underestimates Abi," he feels. "Like many powerful men, Ray thinks of people as commodities and he has a very suspect attitude towards women so that arrogance has led him to write Abi off as a loser and a lowlife but I think she has genuinely got under his skin.

"Ray’s weakness is that he allows things to get personal and instead of just getting on with his business he wants to rub people’s noses in it, Abi and Kevin in particular.

"At the moment, Abi is still just an irritant but he is beginning to realise that she is actually causing more trouble than he bargained for as she is relentless and does not give up.

"It’s dawning on him that he is going to have to sort her out, one way or another."