Perrie Edwards has spoken about how "hard" it is to be a popstar and said she and her Little Mix bandmates are under an enormous amount of pressure.

The hugely successful girl band was formed on The X Factor in 2011 after all the girls auditioned as soloists, but were then grouped together by the judges in the show's later stages. They went on to become the first-ever band to win the talent show.

Speaking about their life as popstars on The Jonathan Ross Show, Edwards said they are "willing to work" for their success but that they didn't expect it "to be this hard".

She said: "When you're young and you think of being a pop star, you think, 'Oh I want everyone to love me and ask for my autograph'.

She added: "We don't rest, we don't sleep. But we love success so we're willing to work for it and it's been an amazing 10 years."

Edwards's fellow Little Mix star Leigh-Anne Pinnock said: "People don't see how hard it is, the things that go on behind the scenes."

She added: "People don't understand the pressure. People sometimes see popstars and think, 'Oh it is glam and glitz', but it is really hard."

Jade Thirlwall also discussed how the band members support each other.

"We've got each other, that's the beauty of being in a band," the singer said.

"We just stay grounded with our friends and family.

"When we get time off we go straight home and see the family.

"Our mams would be the first to tell us off if we were getting a bit big-headed."

During the band's appearance on the programme, Thirlwall also discussed starting a new relationship during lockdown.

"We met on Zoom. I slid into the DMs. Then we had some Zoom dates," she said.

Thirlwall added: "It's nice doing it that way, we got to know each other.

"And I'd thought, if this goes terribly I'll say the WiFi's gone."

On Tuesday it was announced that Jesy Nelson is taking an extended break from Little Mix for private medical reasons. 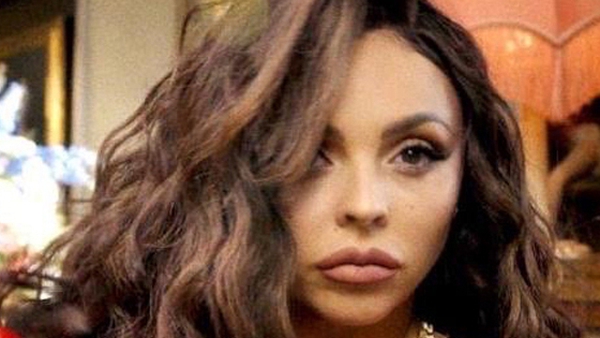