The BBC has said that it will play an edited version of The Pogues and Kirsty MacColl's Fairytale of New York this Christmas on BBC Radio 1.

The British station first censored the track in 2007 but subsequently reversed the move due to public outcry at the time.

BBC Radio 1 will not play original version of Fairytale of New York by The Pogues and Kirsty MacColl this Christmas, because its audience may be offended by derogatory terms for gender and sexualityhttps://t.co/5xJEHhW4eN

It said it will play the altered version because "young listeners are particularly sensitive to derogatory terms for gender and sexuality".

The newly edited version alters two lines - one is swapped for an alternative version in which MacColl sings "You're cheap and you're haggard" in place of a homophobic slur.

Shane MacGowan at 60: A Fairytale of London

The other one, sung by Pogues frontman Shane MacGowan in the second verse, has had a word removed entirely in the new edit.

A BBC Spokesman said: "We know the song is considered a Christmas classic and we will continue to play it this year, with our radio stations choosing the version of the song most relevant for their audience."

The original 1987 version will still be played on Radio 2, while other BBC stations can choose whichever version they want to play.

This year, BBC Radio 2 said it had considered the issue carefully and would continue to monitor listeners' views, but have decided that they will continue to play the original.

MacGowan has previously defended the lyrics of the song and in 2018 RTÉ said it would continue to broadcast the full version. 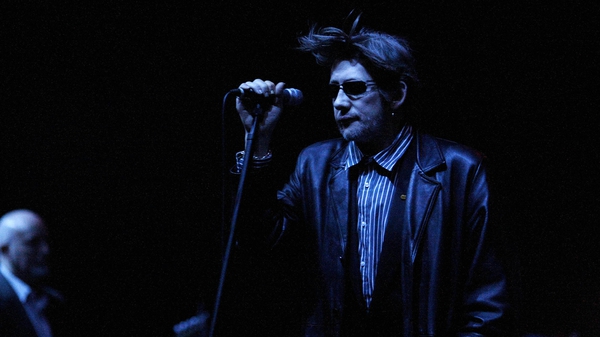 Pogues' Fairytale of New York back in UK Top Ten