Singer-songwriter and multi-instrumentalist U.M.A.N aka Brian Flanagan has released his new single, Feel Beautiful. We asked him the BIG questions . . .

U.M.A.N. is an abbreviation for "U Must Act Now", which Flanagan says echoes the inspiring lyrics in a lot of his songs.

In 2016, he released Laurie Blue, a tribute to Adele, and signed to Universal Ireland. He was also commissioned to compose a tribute to American Billionaire Chuck Feeney, which was presented to the Feeney family on behalf of the UL Foundation in 2018. 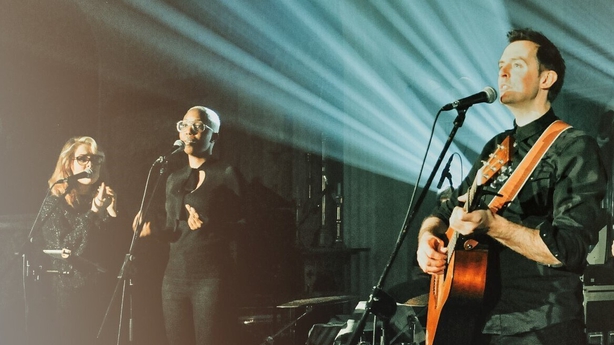 Feel Beautiful is now available to stream and will also appear on his new album, which is due for release in early 2021.

Tell us three things about yourself

I once ran away to Germany to join the circus.

Love writing biographical songs on people I admire such as Chuck Feeney, Adele, Michael Flatley. Currently thinking of doing one for Joe Biden next due to his Mayo connections.

I like performing in musicals and have most recently been hung from a cross and shot at Béal na Bláth (tasteful - Ed).

I'd say my music is steeped in soul with a touch of gospel and sprinkling of pop.

Working, going to the gym, writing and trying my best to entertain three boys.

I can't choose between Tate McCrae's You Broke me First and Fake Fine by Robert Grace.

`Fools,’ said I, `You do not know Silence, like a cancer, grows Hear my words that I might teach you, Take my arms that I might reach you’, But my words, like silent raindrops fell And echoed in the wells, of silence." The Sound of Silence - Simon & Garfunkel.