Ryan Tubridy has announced that 50,000 pairs of pyjamas made for this year's Late Late Toy Show are to be donated to sick and vulnerable children around Ireland in an initiative involving retailer Penneys and children's charity Barnardos.

The Toy Show host shared the "really good news story" on his RTÉ Radio 1 show on Tuesday, describing it as "a gorgeous gesture".

He said he was receiving "five bazillion messages every week" from Toy Show fans, asking where they could buy the pyjamas for this year's show on Friday, 27 November.

"The answer is you can't get them this year," he replied. "They are not going to be available in the shops, or online, which is really sad because I think for a lot of people it was part of the tradition. So, you're just going to have to live without them."

"The only good news I'll have for you on it is that there were 50,000 pairs of pyjamas made for sale for the Toy Show, but then the lockdown happened. So, what did they do? Well, Penneys have teamed up with Barnardos - this is really lovely - and what they're going to do is they're going to donate every single pair of pyjamas to children's hospitals around the country.

"So you've got Barnardos; you've got the Children's Health Foundation Crumlin; you've got Temple Street; the National Children's Hospital Foundation Tallaght - and they're going to donate them all to sick and vulnerable children across the country because the shops are closed, as you can appreciate."

Tubridy said sets of the pyjamas will be distributed to children in DEIS schools and to children who access Barnardos centres. There will be direct donations to over 600 vulnerable families, which, he said, would "all be picked and coordinated by Penney's volunteers".

"In addition, Penneys will also make a donation of €5,000 to each of the three children's hospitals via the Children's Health Foundation Temple Street and Crumlin and the National Children's Hospital Foundation Tallaght," he added.

"This is generosity; this sets the tone for the next 10 days before the Toy Show hits our screens. This is a really good news story in a sad news day. The pyjamas are not for sale, but they're going to great causes... You'd hate to see them go to waste, or even wait until next year."

Looking ahead to the Toy Show on 27 November, Tubridy described it as "an enormous challenge" in the wake of the Covid-19 pandemic. 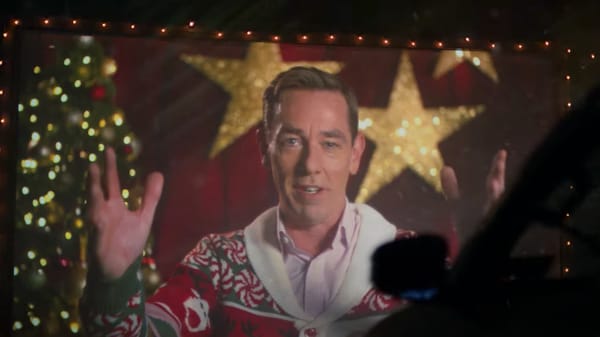