It is reported that Curtis Pritchard is pursuing love again after breaking up with Maura Higgins and joining the new series of Celebs Go Dating.

The Sun Newspaper reports that the 24-year-old former Dancing With The Stars pro has proven his mettle on ITV's Love Island and is earmarked for the next series.

Meanwhile, Curtis recently revealed that he never cheated on Higgins.

Speaking on his podcast, he said: "The answer is no, I did not cheat on Maura at all. There, I've answered it.

"For anybody who wants to know why I have never replied or said anything in the press about it, is because I really try not to reply or respond to lies which is really not going to affect my life, bar in a negative way or going to blow something up even more which isn't true.

"There is no point in it, so I don't waste my time in stuff like that."

Longford's Love Islander Maura Higgins has not commented to date on his remarks.

At the time, Higgins said that they "tried to make it work but it wasn't to be".

She wrote: "Curtis and I have made the decision to separate.

"We enjoyed a great experience from our time in the villa and want to thank everyone for supporting our relationship.

"There is no easy way to get through a break-up and no bad feeling on either side. We tried to make it work but it wasn't to be and I wish Curtis nothing but the best for the future." 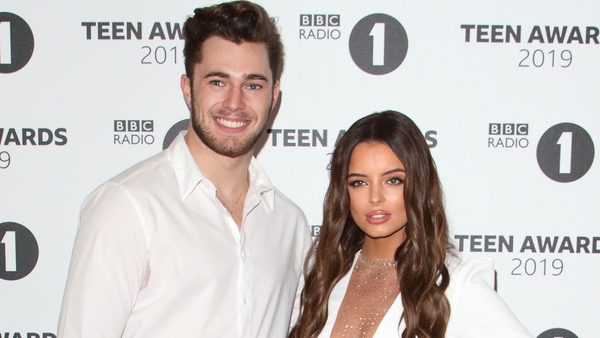 Maura Higgins reveals reason why she split with Curtis Pritchard