EastEnders star Shane Richie and Radio DJ Jordan North were locked into a vault full of viper snakes as they collected they competed to win food for their fellow campmates.

North and Richie were chosen by the public to take part in the challenge, which saw them locked inside vaults built into the floor of the Welsh castle hosting this year's series.

Inside each vault was five locked safes, each containing a star that would earn a meal for camp. North and Richie had to work together to find the codes for the safes.

North, who vomited before tackling a cliff abseil in the first show, admitted snakes were his biggest fear, saying: "I've never been this scared in my life."

Richie, who is favourite to win I'm A Celebrity, hugged North before the trial started. 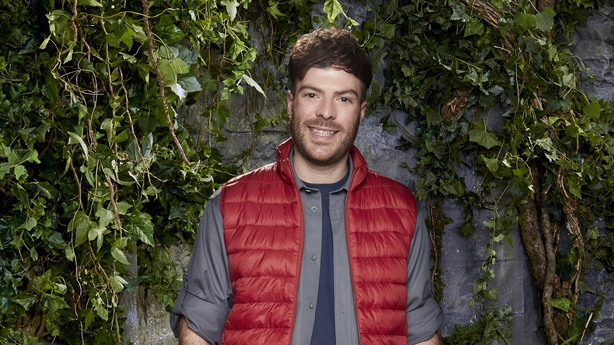 North screamed as the snakes entered the vaults, saying he was thinking of his "happy place" on the advice of his brother, who is a paratrooper.

The team managed to score nine stars, securing their final one with seconds to spare before the klaxon sounded the end of the trial.

Escaping the vault, a relieved North said, "my brother said to me..." only for Richie to show his trademark wit and cut in: "Why didn't you do Strictly Come Dancing?"

Richie also admitted he thought North would opt out of the trial and said: "As soon as the vault closed I was expecting Jordan to say 'I'm A Celebrity... Get Me Out Of Here!"'

North added: "That is the most terrifying thing I've ever done in my life... ever."

The team was met with cheers as they returned to camp with nine stars, though the celebrities were left unimpressed with their food - a meal of eel.

Speaking in the telegraph, North said: "I've just been in a piggin' vault full of snakes and get home to my castle and I've got eel. Eating eel - fish snakes, not fish cakes."

He said: "The taste of the eel was different, I'm not really a big fan of fish. I took a bite of it and it was slippery."

I'm A Celebrity... Get Me Out Of Here! continues on ITV and Virgin Media One