Judi Dench has hailed her As Time Goes By co-star Geoffrey Palmer as a "master of comedy" following his death at the age of 93.

The pair acted together in the BBC One sitcom, which aired between 1992 and 2005 and followed two lovers reunited after 38 years apart.

They also appeared together in James Bond film Tomorrow Never Dies, which was released in 1997, with Palmer playing Admiral Roebuck and Dame Judi playing M.

Speaking to BBC Radio 4's Front Row, the 85-year-old said: "He got me into more trouble. Oh my goodness how we laughed. We did nine (series) of As Time Goes By and it is too numerous to mention how many times.

Dame Judi said Palmer's deadpan delivery and world-weary characters were at odds with his true nature.

She added: "You would never think he would misbehave. There were a lot of outtakes. He got me into endless trouble. 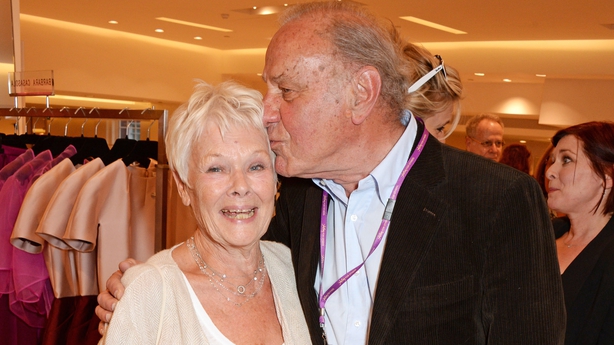 "There was an outtake where he was meant to refer to my thumb, I think, or my toe - it could be either. But anyway, it was the wrong way round.

"We were helpless. Well, I was helpless. He was always very clever at keeping things banked down. But it is the wonderful deadpan expression.

"I have admired him all my life. How lucky to have been in something with him for so long."

Palmer's agent confirmed on Friday that the veteran TV and film actor had died at home.

"We regret to sadly announce that the actor Geoffrey Palmer died peacefully at home yesterday aged 93," his agent said in a statement.

Palmer, who was born in London in 1927, was known predominantly for his comedy roles.

He also starred in multiple episodes of Doctor Who, and a tweet from the official Doctor Who account said the team was "sad to report his death".

Speaking in 2018, Judi said the actor was the "naughtiest man I have ever worked with".

As she presented him with the Oldie Of The Year title during an awards ceremony for The Oldie magazine, she added: "I wish, wish, wish that this was the awards for 'most promising newcomer' or maybe even 'the naughtiest man I ever had the pleasure to work with', but it's not."

"I'm going to quote Bernard Shaw as he said about Ellen Terry 'she never seemed old to me'. Well, nor you to me," Dame Judi said.

Comedian Eddie Izzard paid tribute to the actor on social media, saying he was "very sad to hear that Geoffrey Palmer has left us".

He added: "I was very excited to meet him once and then had the honour to act with him in the film Lost Christmas.

"His work will stay with us and through that he can live on forever."

Gyles Brandreth labelled Palmer as "such a wonderful actor, such a lovely guy".

He added: "Brilliant at his craft and just the best company: wickedly funny... he did everything he did so well.

"Thanks for all the happy memories Geoffrey: we'll cherish them as time goes by."

They said: "Our thoughts are with Geoffrey's family and friends. He was a much beloved star of TV and film and a treasured member of the Bond family."

Here's Geoffrey Palmer with Leonard Rossiter in a classic scene from legendary BBC comedy The Fall and Rise of Reginald Perrin: