Behind Her Eyes author Sarah Pinborough, upon whose book the Netflix series by the same name is based, starring Eve Hewson has revealed that the six-part series will be streamed in early 2021.

'Cancel all plans..' Well, hopefully by early next year you might be able to have some;-) https://t.co/IBDrco0TLl

The Luminaries actress plays Adele a scorned wife alongside The Little Drummer Girl's Simona Brown who plays Louise, a new hire who gets together with her boss, and Murder On The Orient Express's Tom Bateman plays David, the boss.

The six-part psychological drama has been made by the producers of The Crown and is based on Pinborough's 2017 novel about a woman who becomes friends with the wife of the man she is having the affair with.

The unconventional love triangle promises lots of twists and turns for fans of dark suspense dramas.

Netflix first announced details of the show in early 2019, and pictures emerged late into the summer of 2019. 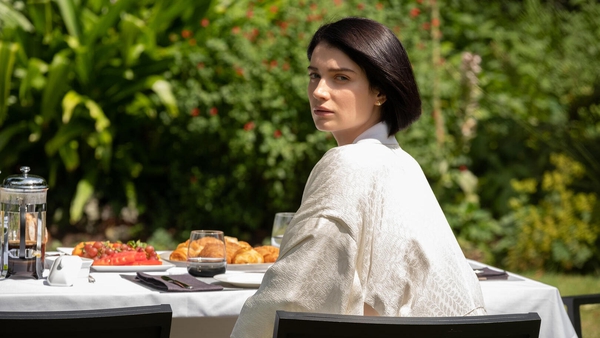 Eve Hewson to star in Netflix drama Behind Her Eyes