Strictly Come Dancing TV producers have revealed this week's theme is to be movie week, with celebrities and their professional partners having to look to films for inspiration for their routines to stay in the competition.

A little hint of what is to come has been released on social media:

In the line up are:

Good Morning Britain anchor Ranvir Singh and Giovanni Pernice foxtrotting to Dreamgirls Love You I Do.

Comedian Bill Bailey and Oti Mabuse will do the Paso Doble to Ennio Morricone's The Good, the Bad and the Ugly.

EastEnders' Maisie Smith and Gorka Marquez are doing the American Smooth to Frozen 2's Into the Unknown.

Royal Marine JJ Chalmers and Amy Dowden will be doing the Foxtrot to Raindrops Keep Falling on My Head from Butch Cassidy and the Sundance Kid.

Made In Chelsea star Jamie Laing and Karen Hauer will do the Charleston to movie Hercules song Zero to Hero.

HRVY and his partner Janette Manrara will Cha Cha to  Gnomeo and Juliet's Don't Go Breaking My Heart.

The Wanted's Max George will do the Couples' Choice with Dianne Buswell to The Simpsons Movie theme.

Last week saw the departure of former politician Jacqui Smith and Anton du Beke who failed to beat Made In Chelsea star Jamie Laing and Karen Hauer in the dance-off. 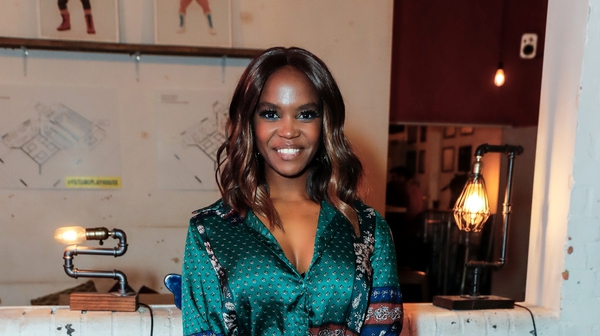