Sean's son, Jason, told the BBC his father died peacefully in his sleep overnight while in the Bahamas, having been "unwell for some time".

Jason said his father "had many of his family who could be in the Bahamas around him" when he died.

"We are all working at understanding this huge event as it only happened so recently, even though my dad has been unwell for some time," he said.

"A sad day for all who knew and loved my dad and a sad loss for all people around the world who enjoyed the wonderful gift he had as an actor." 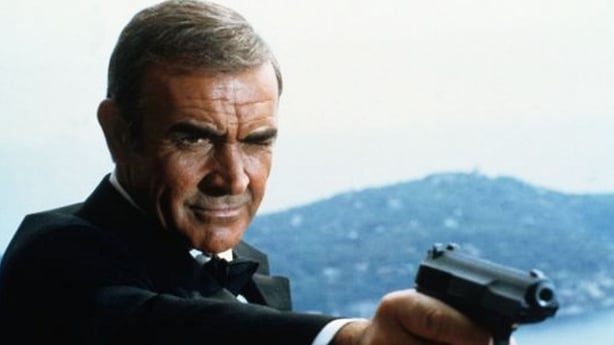 The Oscar-winning actor, who was best known for his portrayal of 007 in the popular movie franchise, was the first star to play the iconic role on the big screen and went on to appear as Bond in seven films.

Connery also starred in classic films including The Hunt for Red October, Indiana Jones and the Last Crusade and The Untouchables.

During his decades-spanning acting career, Connery was honoured with an Oscar, two Baftas and three Golden Globes.

His Academy Award came in 1988 when he won the Best Supporting Actor gong for his role as an Irish police officer in The Untouchables.

Connery was raised in near poverty in the slums of Edinburgh and worked as a coffin polisher, milkman and lifeguard before his bodybuilding hobby helped launch an acting career that made him one of the world's biggest stars.

Connery was an ardent supporter of Scotland's independence and had the words "Scotland Forever" tattooed on his arm while serving in the Royal Navy. When he was knighted at the age of 69 by Britain's Queen Elizabeth II in 2000 at Holyrood Palace in Edinburgh, he wore full Scottish dress, including the green-and-black plaid kilt of his mother's MacLeod clan.

Fans of alternative cinema will always remember him starring as the "Brutal Exterminator" Zed in John Boorman's mind-bending fantasy epic Zardoz (1974), where a heavily moustachioed Connery spent much of the movie running around in a skimpy red loin-cloth, thigh-high leather boots and a pony tail.

Connery retired from movies after disputes with the director of his final outing, the forgettable The League of Extraordinary Gentlemen in 2003.

In a 1983 interview, Connery summed up the ideal Bond film as having "marvellous locations, interesting ambiance, good stories, interesting characters - like a detective story with espionage and exotic settings and nice birds".

Connery was no stranger to Ireland, having starred in Irish-American science fantasy film, Zardoz (1974) and The First Great Train Robbery (1978). He also starred in Irish Disney fantasy Darby O'Gill and the Little People (1959).

In 1978, he starred in The First Great Train Robbery, with scenes filmed in Dublin's Heuston Station, Kent Station Cork, and between Mullingar and Athlone (incl pics from @RPSITrains ) pic.twitter.com/XKkyXPXHg6

Connery married actress Diane Cilento in 1962, before divorcing 11 years later. He had a son, Jason, who became an actor.

He married French artist Micheline Roquebrune, whom he met playing golf, in 1975. 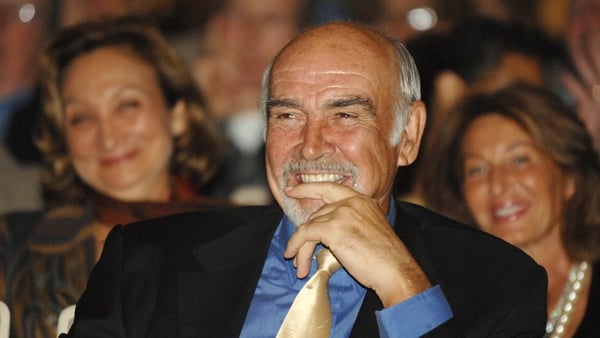 In pictures: Sean Connery on screen and off