Kate Garraway's husband Derek Draper has said his first word since being admitted to hospital with coronavirus seven months ago.

According to The Sun, the former political adviser mouthed the word "pain" as doctors moved his body and TV presenter Garraway watched over video call.

Draper's tracheotomy tube has been removed and he is now able to breathe without a ventilator, she said.

Garraway told the newspaper: "It's a case of trying to balance belief, hope, optimism with reality.

"But we have had a breakthrough which was both amazing yet -heartbreaking."

"It happened when the nurses were moving Derek, as part of his treatment, to trigger the sensation of gravity because he's been horizontal for so long." 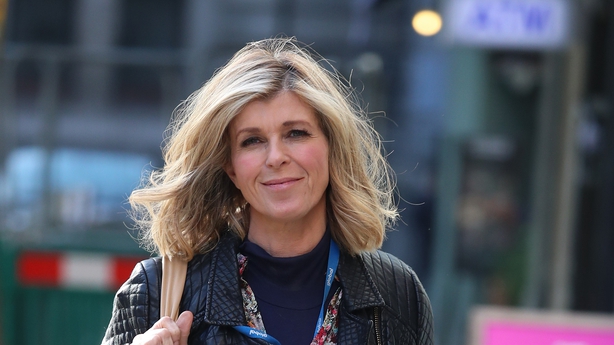 She said that while it was "heart wrenching" that "pain" was her husband's first word, the fact he communicated was a "huge breakthrough".

Draper, 53, was admitted to hospital in March with coronavirus symptoms and placed in an induced coma.

Garraway, also 53, has shared regular updates on her husband's health through social media and on ITV's Good Morning Britain.

The couple married in 2005 and have a daughter and a son.