Dermot Bannon laughed it off when Today host Dáithí Ó Sé told him that he had met two engineers whose hearts are broken because every client now wants what they have seen on Room to Improve.

The architect is back on RTÉ One on Sunday night with the second episode of Dermot's Incredible Homes - another show that will pile on the heartbreak as he tours properties with the wow factor.

Dermot's having a snoop around the Dalkey home that housed Matt Damon earlier this year.

After you see this place, you'll understand why he locked down in Ireland.

"I never thought there'd be a downside to Room to Improve, because I meet loads of people who watch the show and they love it - they get inspired," said Ó Sé on Friday's Today on RTÉ One.

"But I met two engineers during the week and they said, 'That Dermot Bannon lad has my heart broken. Every woman in the country watching this fella - and then they [say], 'Well, I saw this one... Dermot Bannon'. And they all want what Dermot Bannon has on the show!

"So I never thought there was a downside to your show, but I met two poor craythurs during the week and they were giving out about you - but in a good way."

As Bannon laughed, co-host Maura Derrane added: "But you know what, Dermot? There's going to be a really big downside to this new one, because if they're looking for those beautifully limestone-clad houses in Goleen..."

A des res in the West Cork village is one of a number of properties close to home that are showcased in the second episode. Restrictions on foreign travel in the Covid-19 emergency meant that Bannon and co couldn't explore further afield for the second show.

This Sunday, Dermot gets to look around a beautiful west Cork home that he's been waiting 10 YEARS to see! ?? Be warned… there may be some fangirling.#IncredibleHomes pic.twitter.com/CHbwn2Xkvw

"I went to college in the UK and sometimes your friends would come over for a visit during the summer - the people you were in college with - or maybe over Christmas, and you're really proud of Ireland," he said.

"You know the way you showed them all? 'And look at this... And this is my favourite pub'? Making the Irish show is a bit like that, bringing people around to your favourite buildings in Ireland.

"I absolutely loved it. It turned out better than I expected. Because I think, if we're to be really honest, if you've got the choice of Japan or Limerick, you'd kind of go, 'Japan', wouldn't you? And I always felt it was going to be a little bit of a compromise, but it wasn't, because we got some great houses. And they're not the obvious ones." 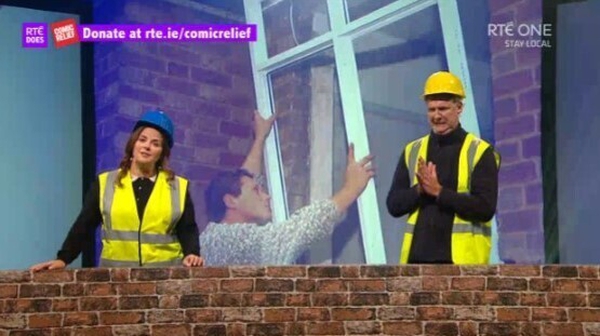 Dermot Bannon: The Opera brings more than a touch of glass to RTÉ Does Comic Relief