Rock legend Bruce Springsteen joked on Friday night's Late Late Show that he would move across the Atlantic if Donald Trump was re-elected US President, saying: "make some room there for me in Ireland!"

Ryan Tubridy spoke with the superstar singer-songwriter, who joined The Late Late Show host from his studio on his farm at home in New Jersey.

Discussing Trump's time in The White House, Springsteen pointed out that he largely ignored the current political climate on his new album, Letter to You.

"There's a small reference to it on the record," he noted. "I really didn't want to make a topical record because it's just so obvious how terrible things are. We have got another two weeks before he gets thrown out, which I am confident that he will.

"Hopefully, it will be the beginning of America getting back on his feet again, it has been a terrible four years. I am predicting right now on this show, President Trump will lose, Joe Biden will be the next President, and if not, make some room there for me in Ireland!"

On the subject of his own musical heroes, Springsteen name-checked the one and only Shane MacGowan, describing the former Pogues front man and acclaimed songwriter as "a master".

"It's just deep in the nature of it. He's a master for me and I have a deep, deep appreciation of his work and the work he did with The Pogues."

As for his own Irish heritage, Springsteen told Ryan Tubridy: "I was raised by the Irish side of my family, and they were pretty old school. The McNicholas's and the O'Hara's. They were on my father's side."

He also mentioned "the beautiful relationship" he has with his Irish fans.

The Boss's songwriting has always been noted for feeling both specific while dealing with the general - no mean feat that - but on Letter to You there's a very personal journey for the New Jersey musician.

As the 71-year-old told Ryan: "I had a situation where I had a very close friend of mine passed away, who was the other member of my very first band, The Castiles.

"When he passed away, it sort of left me as the last remaining member. I started to meditate on that a little bit, basically, most of the songs on Letter to You, that was the gestation of that piece of music.

"It's just the consequences of time passing by," he added. 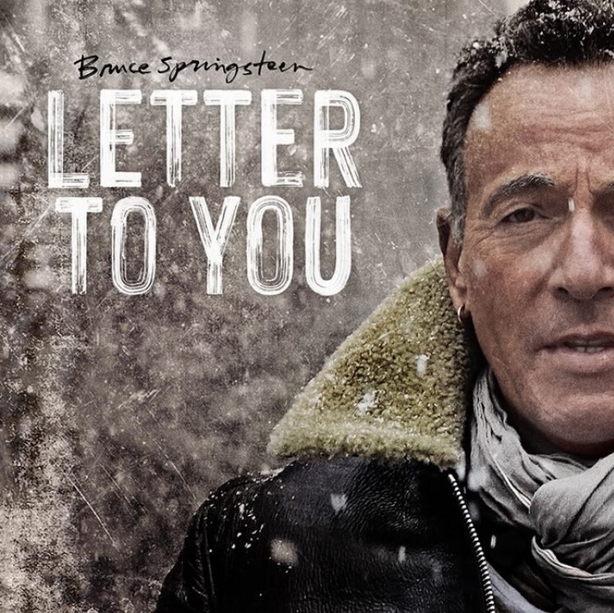 "When I was very young - I'm from Irish and Italian, a big family in the East Coast of the United States - there were a lot of big wakes and you got used to going to these wakes and the body would be there and everybody would sort of be drinking and conversing with the body in the centre of the room.

"I got very used to people passing away when I was very young, six, seven years old . . .

"Then there's this long break in your life where unless there's an accident or something tragic occurs, your contact with death is very little, then you reach an age where suddenly it becomes a big part of your life again.

"It's a little bit of a meditation on that moment in my own life."