Actress Kristin Scott Thomas has said that she took a different approach to her portrayal of villainous housekeeper Mrs. Danvers in the new film adaptation of Rebecca.

In the new film from director Ben Wheatley, which streams on Netflix from Wednesday, Scott Thomas plays the woman who rules the gothic pile of Manderley with an iron fist and wages psychological warfare on the innocent new bride of the master of the house, Maxim de Winter.

Speaking to RTÉ Entertainment, the actress said that as well as re-watching Judith Anderson's portrayal in the classic 1940 Hitchcock adaptation, she also had a more modern inspiration.

"The one that really, really stuck in my mind as the scariest woman ever was Anna Massey as Mrs. Danvers in the BBC version in the early eighties," she says. "That was the one that really sent shivers down my spine."

"We've got to move away from the idea that it’s a remake, because it’s not. It’s a new adaptation of a novel."

As soon as Scott Thomas’ Mrs. Danvers appears on screen the chill descends and the new Mrs. de Winter comes to the realisation that her new home is actually a tomb for her husband’s late first wife, the sainted and beautiful Rebecca.

Speaking about Mrs, Danvers, Scott Thomas added, "When I was preparing for the role, I sort of thought about a very sophisticated, very grand air hostess in first class somewhere. Where they make you feel about two inches tall? I don't know if you've ever experienced that, but I certainly have.

"It wasn't a particular character in somebody else's work, it was just that general feeling of the impenetrable, impeccable older woman, who seems to frighten everybody. The idea of the older woman who is in charge, is for some reason in the general consciousness of everybody, is sort of scary."

Scott also said that she tried to make Mrs. Danvers less shrill and less melodramatic for this new version.

"From the beginning I was very keen that she should be drier and colder than they originally suggested in the draft of the screenplay I'd read," she says.

"That whole image - the way she’s dressed, all her complicated, sophisticated makeup, which was quite daring for somebody of her position - it tells you a lot.

"The clothes, the hair, the make-up, are all very strong, and all on purpose. It’s Mrs. Danvers saying 'I am better than this, I am not your average housekeeper. I wear beautiful clothes, I look after myself very well, my hands are the hands of a lady’. It’s all signals to say, 'I am better than this’. When those images are framing your performance, you’re able to just drop into that character."

Scott Thomas also pointed out that Wheatley’s film is a new adaptation of Daphne du Maurier’s much-loved 1945 novel and not a remake of Hitchcock’s celebrated film.

"We’ve got to move away from the idea that it’s a remake, because it’s not," she said. "It’s a new adaptation of a novel, like so many of the good stories that we have. Like how many versions of King Lears are there, or how many versions of Hamlet are there? And even Hamlet is based on Sophocles.

"This story of a ghost and not being able to relinquish a ghost is a very, very intriguing story. And I’m sure there’ll be many, many more versions of this story."

Director Ben Wheatley rejected the idea that his new adaptation might be haunted by Hitchcock’s 1940 movie.

"I think the updating of it is interesting, because I reread the book after I rewrote the script and I felt that there’s something very modern in the book.

"On the one hand, it’s got the DNA and the blueprint for a lot of thriller novels and thriller cinema inside it, and you've seen those characters and events again and again, and I think that’s why the idea of Rebecca feels like there’s a massive shadow cast over it.

"But at the same time the things that it does haven’t really been repeated, like the moral structure of the story - there’s a murder in the middle of it which is unsolved and unpunished, and the audience kind of wills the murderer to not be caught, which is very different from the things we see now.

"I think that the ideas of privilege and being able to swan through life and literally get away with murder is a very modern idea." 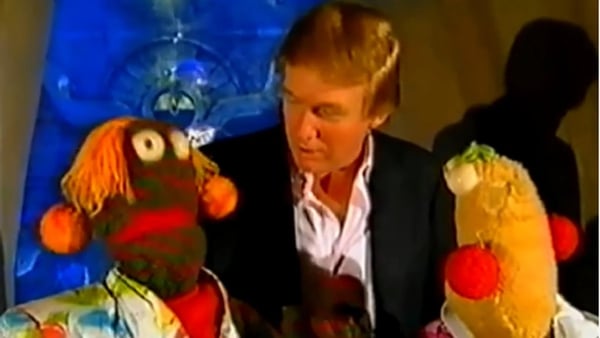 Zig and Zag: We knew Donald Trump before he was famous 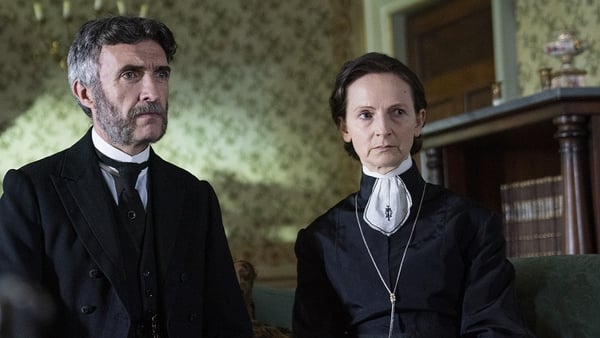