BAFTA-Nominated Belfast composer Sheridan Tongue aka IN-IS has released his new and second album, 2068. We asked him the BIG questions . . .

Having started his career working in London recording studios with the likes of Robert Plant and Blur, Sheridan was presented with a gold record for his work on the album Prodigal Sista by Beverly Knight.

He composed the music for seasons 9 to 20 of long-running BBC drama Silent Witness and worked on the soundtracks of many of the late Professor Stephen Hawking's films. 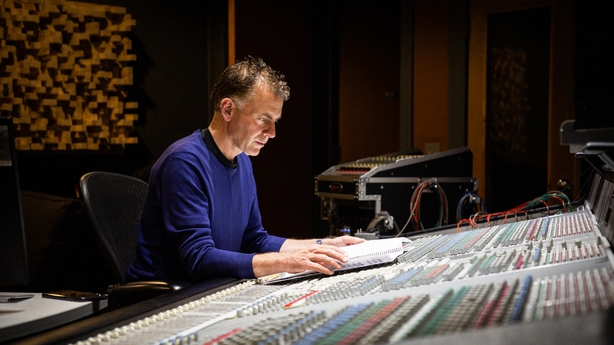 He also composed the soundtrack to Spotlight on The Troubles: A Secret History, a major new seven-part series for BBC Northern Ireland to coincide with the 50-year anniversary since the conflict began.

My grandmother would often say to me when I was a teenager that I could get music out of a stone, as I used to pick up and play a lot of instruments.

In my twenties, I once did a keyboard session for Robert Plant of Led Zeppelin. He had such a presence when he entered the studio, I will never forget that.

I miss south Donegal and Killybegs a lot at the moment, it will be the first place I visit whenever travel and some kind of normality resumes.

Hauntingly beautiful but with an edge.

I'm so relieved to have been able to finish my album, 2068, and release a few singles featuring some incredible artists such as Ailbhe Reddy, Haula and Ryan Vail. You can stream the full album from Friday, October 16th.

I mentored a film and television composer remotely in Toronto, I took part in music industry panels helping to support others in the music industry and I wrote quite a few piano compositions that I hope to record with the very talented Ruth McGinley, who plays piano for the Ulster Orchestra.

Danger Mouse - Black feat. Nora Jones. I never tire of this song, and so well produced.

You can find my music by searching for IN-IS on all streaming platforms and head to my website for more information.