The late Gay Byrne's presence was very much felt on Friday's Late Late Show as his widow Kathleen Watkins offered one of his legendary Toy Show jumpers to raise money for homeless charities this winter.

The writer and broadcaster told a speechless Ryan Tubridy that she had decided to donate the treasured item of clothing after seeing the extent of homelessness on a recent visit to Dublin city centre.

"It really was a shocker," she said.

"I found the homeless everywhere, three and four people lying side by side, huddled together in doorways. It was really very distressing. We are living in our comfortable homes with our comfortable beds and there are people out there who are really in a very bad way. So, I am hoping that maybe the sweater will help."

The host promised that the much-loved jumper would be used in a "meaningful way" in the weeks ahead.

Apply to be in the Late Late Toy Show virtual audience

Kathleen Watkins also took time on the show to thank the "entire nation" for the notes, cards, letters and Mass Cards she had received following Gay's passing in November 2019.

"They are from the four corners of Ireland and beyond," she told the host. "We knew that Gay was popular and loved, but we didn't know how much - but we do now.

"All during the three years he was so ill people would stop me on the street, men and women, saying, 'Tell him we love him...' It was just so nice and so essentially Irish and warm and genuine and real and sincere. Everything about it was just beautiful."

She shared that she misses Gay the most when he was "just sitting there in his chair".

"Just that, just his presence, reading with his papers and his books," she said. "He was always up to his neck in books and interested, though towards the end it was very difficult. His eyes were giving him trouble, his fingers went numb so he couldn't play the piano."

She said it was seven months before she could bring herself to watch the recording of Gay's funeral.

"I wouldn't have been able," she added. "You go through different stages. I remember somebody saying to me only a few days after Gay died, 'Do you miss Gay?' It was an awful thing to say to somebody because, really, you don't know somebody is really gone yet, you just don’t.

"I remember a woman whose son was killed in the Omagh bombing, I remember her talking about him and she was saying, 'He is just gone, he's gone'. The word 'gone' stuck in my mind. That is what happens. You don't realise the person is gone yet." 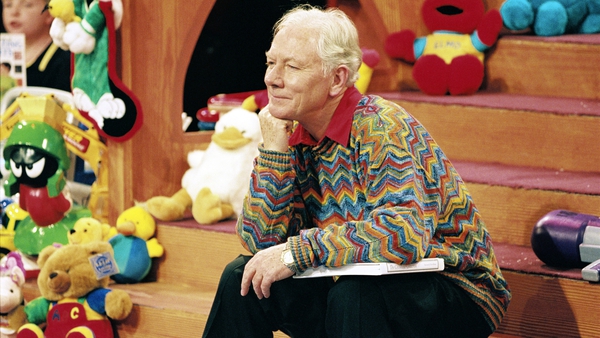