Dublin-born actor Andrew Scott will join an all-star cast including Lily James, Dominic West, and Emily Mortimer in a new BBC period drama The Pursuit of Love, an adaptation of Nancy Mitford's 1945 novel.

The sumptuous three-part drama, which is due on screens next year, is set in Europe between WWI and WWII, and follows the lives of two young women, Linda Radlett (James) and her best friend and cousin Fanny Logan (Emily Beecham) as they search for their perfect husbands. 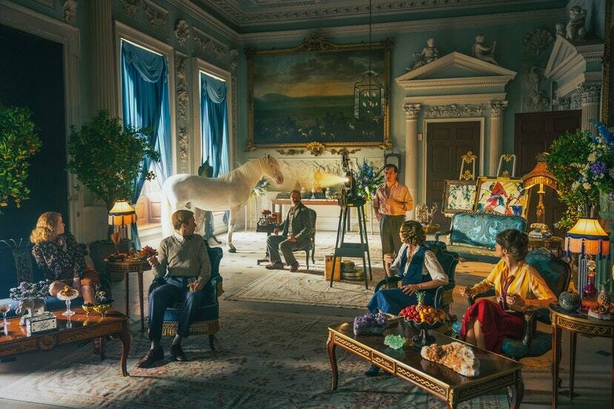 The series promises to question the vexed topics of love, sex, and the intricacies of the human heart, according to the BBC.

Fleabag star Scott will be play wealthy and eccentric neighbour Lord Merlin in The Pursuit of Love.

Scott can next been seen in the second series of BBC's His Dark Materials as John Parry.

"As social and political divisions split the nation, their diverging choices raise personal questions that remain intensely relevant today – questions about freedom, about love and sex, and the mystery of the human heart." says the BBC's synopsis of the show.

#ThePursuitOfLove, written and directed by @EMortimer, is an adaptation of Nancy Mitford's celebrated novel - coming to @BBCOne and @BBCiPlayer in 2021: https://t.co/NKnE8Ua78m pic.twitter.com/0SA3J7F5my