It has been revealed that production on Channel 4's Great British Bake Off was temporarily halted over a suspected case of Covid-19.

Thankfully, the person tested negative, and the new series will be back on Channel 4 on September 22. The contestants, presenters and crew all stayed in the same 'bubble' while filming took place over the summer.

Letty Kavanagh, the series' executive producer and managing director of Bake Off makers Love Productions, told RadioTimes.com: "Somebody spoke to our medical team because they were showing symptoms that could have been Covid.

"We had very strict protocols about what to do - they were isolated immediately, as was anyone who had been in close contact with them. They were tested immediately and we paused filming for an afternoon."

"We were lucky, but it felt it like we would need to be extremely unlucky for it to be positive," Kavanagh added.

Here they come, rolling up their sleeves. They bake the tastiest treats, for everyone they meet. Hey hey, it's the bakers! And Series 11’s coming around! They’re so busy baking, and one winner will be crowned.#GBBO. Tuesday 22nd September. 8pm. @Channel4. pic.twitter.com/EYPa2YxYlT 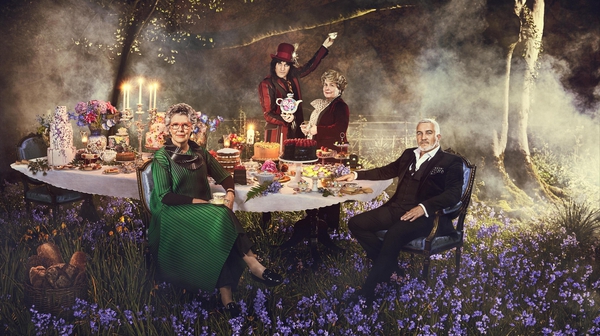 Channel 4 say Bake Off will be 'normal' when it returns

The Great British Bake Off