John Boyega has accused Disney of pushing his Star Wars character Finn "to the side" in the recent trilogy of films in the sci-fi franchise.

The London-born actor makes his comments in an interview in the new issue of British GQ, where he reflects on playing Finn in The Force Awakens, The Last Jedi and The Rise of Skywalker.

In his first interview since finishing #StarWars and that unguarded address from a Hyde Park stage, our October cover star, @JohnBoyega explains how both platforms inspired him to make a stand, but for very different reasons: https://t.co/klRRrK5wR8 pic.twitter.com/EnqiTFmFSs

"You get yourself involved in projects and you're not necessarily going to like everything," he says.

"[But] what I would say to Disney is do not bring out a black character, market them to be much more important in the franchise than they are and then have them pushed to the side."

Boyega claims there was more "nuance" given to his co-stars' characters in the trilogy.

"You knew what to do with these other people, but when it came to Kelly Marie Tran [who played Rose Tico and who is of Vietnamese heritage], when it came to John Boyega, you know **** all.

"So what do you want me to say? What they want you to say is, 'I enjoyed being a part of it. It was a great experience...'

"Nah, nah, nah. I'll take that deal when it's a great experience.

The Press Association reports that Boyega also tells GQ that his experience making Star Wars, and the abuse he has received online, has made him more "militant" about racial inequality.

"I'm the only cast member who had their own unique experience of that franchise based on their race," he says.

"Because you realise, 'I got given this opportunity, but I'm in an industry that wasn't even ready for me'.

"Nobody else in the cast had people saying they were going to boycott the movie because [they were in it].

"Nobody else had the uproar and death threats sent to their Instagram DMs and social media, saying, 'Black this and black that and you shouldn't be a Stormtrooper'.

"Nobody else had that experience. But yet people are surprised that I'm this way. That's my frustration."

Discussing his involvement in the Black Lives Matter protests in London, and his powerful speech in Hyde Park following the killing of George Floyd, Boyega says: "I feel like, especially as celebrities, we have to talk through this filter of professionalism and emotional intelligence.

"Sometimes you just need to be mad. You need to lay down what it is that's on your mind. Sometimes you don't have enough time to play the game." 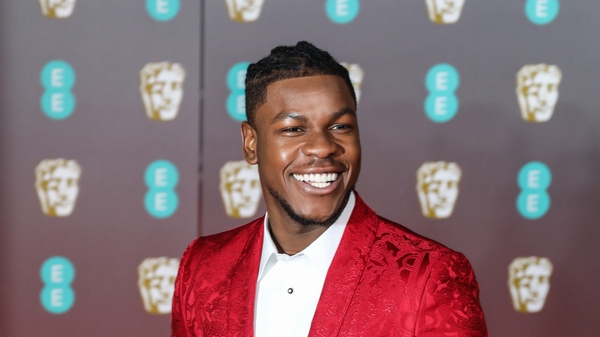 Boyega won't 'work in fear' in US