Ahead of EastEnders' return to screens next week, fans have been left guessing about the identity of the character who will be coming back to Walford for the BBC soap's Christmas episodes.

Speaking to RadioTimes.com and other outlets, the BBC's Head of Continuing Drama Kate Oates promised a "huge" Christmas story, and the return of a very familiar Albert Square face.

"We have an exciting return planned and it's going to be part of a huge, long-running story," she said.

"Jon [Sen, executive producer] is so organised we kind of know what we are doing the Christmas after. We have really long arcs with a lot of hot points.

EastEnders is back on BBC One and RTÉ One on Monday, September 7, when fans will see new episodes for the first time in months.

Due to Covid-19 filming protocols, the episodes - four a week - will each be 20 minutes long.

"We wanted the ambition and quality of the storytelling to be as high as possible," said Oates.

The day we've all been waiting for is nearly upon us - #EastEnders is coming back to our screens, 4 times a week, from Monday 7th September at 8:05pm. Before the duff duffs return, here’s a sneak peak behind the scenes to give you a little insight into our 'new normal’.🎥 pic.twitter.com/BNDWUoUd9k

"It takes longer [to film] - we could make half-hour episodes that aren't as rich and no special touches, or we can deliver a better show at this time in this timeframe.

"The channel was so supportive, they are totally behind the show and it was the right call. We will change the approach as things change, but for now it's the best." 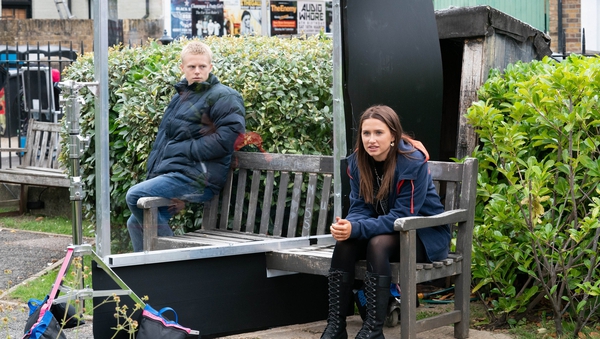