Movie fans have said that Colin Farrell's prosthetics are so good in the new trailer for The Batman that he is unrecognisable.

Warner Bros let fans see a preview of the new movie, which is due for release next year, after filming was stopped in March due to Covid-19 restrictions.

The Batman stars Robert Pattinson as Bruce Wayne/Batman, and is due for release on October 1, 2021, with. Farrell playing super-villain The Penguin.

Farrell previously told SFX magazine, "The whole prospect is really exciting. I'm ecstatic to be part of that universe. There are certain words that are part of my internal lexicon and those words are Gotham City, Penguin, Joker, Batman, Bruce Wayne, Harvey Dent... all of those things."

The 44-year-old actor added: "I have been watching the Batman films with my kids, but this script is something that feels incredibly original.

"It leans into it but it doesn't borrow; it's born of the mythology of that character, Bruce Wayne, Batman and Gotham. But it feels like a treatment and a version that I hadn't seen before. Matt Reeves has done an incredible job of keeping it familiar and at the same time unique and new. It's really exciting to be a part of it.

"I saw Batman Returns back in the day when it first came out, so of course, I have seen Danny DeVito's Penguin and loved it.

"The first Batman with Jack Nicholson, Kim Basinger and Michael Keaton was incredible. And Danny's Penguin was devious. It was so incredible, I remember it so clearly." 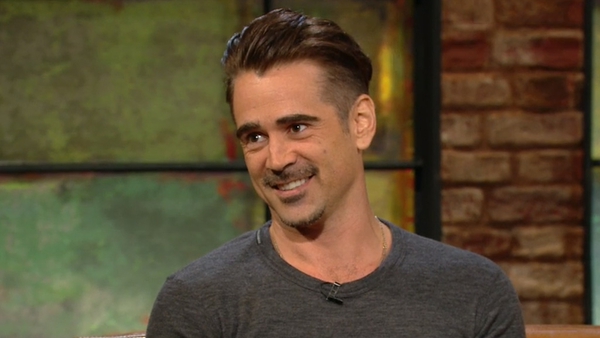