Jennifer Aniston has said playing a celebrity facing scrutiny on The Morning Show was like ''20 years of therapy wrapped into 10 episodes''.

The 51-year-old actress, who plays the co-anchor of the titular breakfast news show in the hit Apple TV+ drama, admits she can relate to her character in a deeply personal way.

In an interview with the Los Angeles Times, she said: ''That show was 20 years of therapy wrapped into 10 episodes.

''There were times when I would read a scene and feel like a whole manhole cover was taken off my back.''

She continued that it was ''cathartic, yes, and also interesting for me to look at how I always have tried to normalise being fine and 'everything's great, you know, this is all normal,' and then there are moments when you have your private breakdown or your 'Calgon, take me away' moments.

''To actually look at it from an actor brain observing it and acknowledging it, I had to look at it as opposed to pretending it doesn't exist.'' 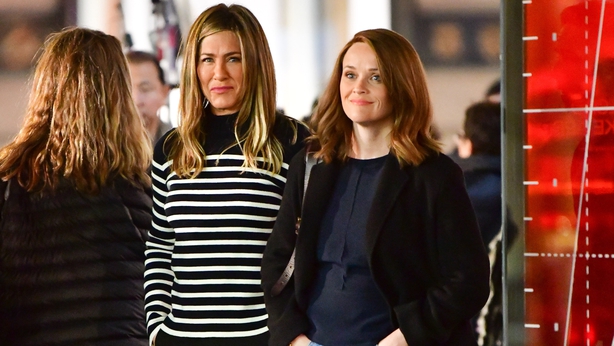 The former Friends star said she often dislikes walking red carpets because she doesn't want to be judged.

''I just loved being able to walk into it and lean into it and not be ashamed of it, but actually just ... it was like ... Ooooooooooh.''