Simon Cowell is ''doing spectacularly well'' following a horror electric bicycle accident in California, according to his America's Got Talent co-star Howie Mandel.

The 60-year-old music mogul broke his back during the incident, leaving him forced to undergo a six-hour surgery.

Cowell is unable to appear in the upcoming episodes of the televised talent show and his co-star said he was ''worried'' for the show boss.

Speaking to E! News, Mandel said: ''We didn't know what to expect. I knew that we could expect something spectacular because we have, I believe, the most talented crew in the world, in every possible department.

"We were a little bit in disarray because we were worried. We were worried about our friend, and our boss, and our leader, Simon Cowell, who we hear is doing spectacularly well, considering."

''The latest I've heard is that after a six hour operation, and some fused discs, and the rod put in his back, yesterday, he was up on his feet, already, he's already mobile!

"So, as I've been saying to a few other people, I wouldn't count out seeing Simon again before this season's end.'' 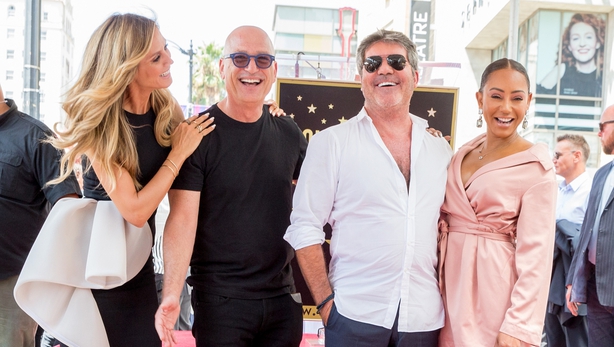 It was recently reported that Cowell has sold his "unapologetically lavish" five-bedroomed house in Beverley Hills for a cool $25 Million.