First Dates' maître d of love Mateo Saina has said that the show is among the best options around for romance during the ongoing COVID pandemic.

Speaking to RTÉ Entertainment ahead of the start of filming for the new season this September, he said, "Now more than ever First Dates is a good option because there are no pubs and nowhere to go so First Dates would be a good thing to do. It’s one of the rare things you have left, besides all the dating apps we have nowadays."

The show is due back on air early next year and the resident matchmakers have been busy interviewing applicants over the past few weeks and they’re still looking for more lovebirds to dine out on the food of love as a rapt nation watches on - and like previous years on First Dates, more women than men have applied.

"I think the lads are a little scared of embarrassing themselves," Mateo says. "I don’t know what it is, but we are always looking for more men and we always will be.

"The lads need a little push in the back to get some courage, so this year we need more men of all ages, especially older ones because it seems that the ladies who are above forty loosen up and don’t mind dating so we need more guys." 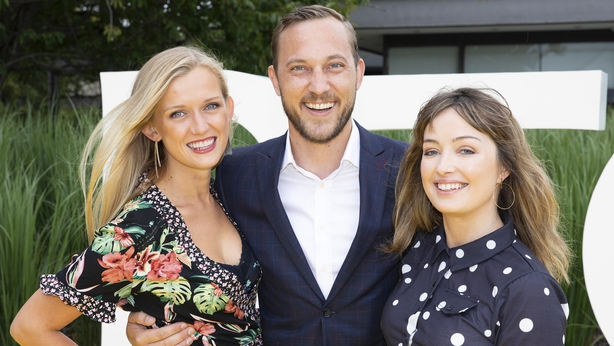 In a survey undertaken of the fresh crop of female applicants, Normal People star Paul Mescal was voted most desirable date and Mateo says he was surprised by the result.

"He is the man now I suppose so he is desirable so we would need the GAA crew to apply."

As a professional cupid, Mateo has his views on the hit romantic drama about star-crossed young lovers in Sligo and Dublin, which captured hearts and minds all over the world when it screened on RTÉ and BBC during lockdown.

"I watched the first few episodes but then I had to go back to work, but I like what I saw to be honest. It was beautifully filmed," he says.

"We just have to be more careful. However, I don't know what advice to give when it comes to the kiss time!"

Asked was he frustrated by Marianne and Connell’s on-off, in and out, and up and down relationship, Mateo says, "Ah, yes, but that’s everybody’s story. Sometimes we just cannot figure out what it is, what is bothering us and what is the story and I’ve seen plenty of those dramas in our restaurant. I don’t see everything on First Dates, but romance is often all over the place."

Having worked on the show for years, sometimes it’s hard for him not to get emotionally invested in the romantic hopes of some of the daters.

"I kinda do and I tend to gravitate toward the elderly couples because you just know they’re genuine," says Mateo.

"I don’t hear what couples are saying while the filming is taking place, but I am down there on the floor and I can see the facial expressions. It’s always the elderly couples who I’m interested in."

When he's not the maître d' of lurve, the suave Croatian is managing Glas, the vegetarian and vegan restaurant in Dublin, and while he initially noticed a drop in customers after reopening, there has been a small rise in clientele of late.

"All of us have to do what we have to do until this passes, to keep the head above the water. And when we are back to full throttle we will see where we stand," he says.

Even for a man who has played cupid for several years, Mateo is understandably reluctant to offer advice for people looking for love in our current Covid climate

"It is a tough question," he says. "I have to be careful what I say here. If I say go out and go for it would be reckless but at the end of the day that’s what you must do if you need somebody in your life.

"We just have to be more careful. However, I don’t know what advice to give when it comes to the kiss time!"

People can apply for the new season of First Dates Ireland at www.cococontent.ie/firstdates