Robbie Williams has said his decade-long marriage to his wife Ayda Field is "more momentous" than any of his career successes.

The 46-year-old former Take That star and the 41-year-old actress are set to celebrate their 10th wedding anniversary this week and Williams admits the milestone is "more important" than anything he's achieved.

Speaking to HELLO! magazine, he said: ''It's more momentous than any of the records sold or Brits won or the massive tours.

"It's more important than that and bigger that I've actually achieved that and been a good boy and a good husband.'' 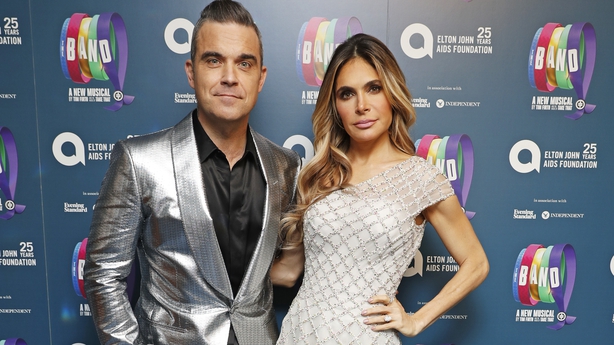 The couple, who have children Teddy, seven, Charlie, five, Coco, 23 months, and Beau, six months together, had planned to mark their anniversary by renewing their vows after Williams popped the question once again at Ayda's 40th birthday last year, but they've delayed the celebration due to Covid-19.

''We'd like to do that in front of lots of people. We'd like our friends to be there.''

In June,  Williams admitted that his British "banter" doesn't impress his American wife.