The Muppets are back for another try, the League of Ireland returns, the BAFTA shindig is on, and Mica Paris tells the Story of Gospel Music in Six Songs . . .

The latest attempt at reviving The Muppets gets my best wishes.

The last one, in 2015, was a bit of a mess and struggled to last a single season. Maybe this one will work, but it feels like Muppet time has passed.

In the six-episode season, Scooter rushes to make his delivery deadlines and upload the brand-new Muppet series for streaming.

They are due now, and he'll need to navigate whatever obstacles, distractions, and complications the rest of the Muppets throws at him.

From zany experiments with Dr. Bunsen Honeydew and Beaker to lifestyle tips from the fabulous Miss Piggy, each episode is packed with segments, hosted by the Muppets.

Conor and Jock steal the bikes of their dreams - which turn out to be the slowest bikes in history. Sergeant Healy takes chase and eventually corners them.

The lads call on the help of Mairead, who makes her way to the warehouse while devising a plan to get the pair out of bother.

The competition resumes after being halted in mid-March due to the coronavirus pandemic. Dundalk will be looking to pick up where they left off, having won four of their opening five matches, while St Pats won two and lost two of their first four fixtures.

Here’s where you can see how crappy this kind of thing is going to be in these pandemic times. Showbiz without the pizzazz is pretty pointless.

Richard Ayoade hosts the Bafta Television Awards from BBC TV Centre, honouring the best of British and international talent on both sides of the camera.

With special guests presenting Bafta awards to winners via live feeds and with pre-recorded messages.

Gospel According to Mica: the Story of Gospel Music in Six Songs, 9.00pm, BBC Four

Soul singer Mica Paris examines the origins of the gospel songs she sang as a child in Lewisham, south London. She investigates why some of her contemporaries have returned to their gospel roots and reconsiders her earlier decision to embrace secular music. Mica meets the choir at Fisk University in Tennessee, who once sang for Queen Victoria, and finds out how the slavery freedom fighters used gospel to communicate. She recalls Sam Cooke and Thomas A Dorsey, who both encountered tragedy after leaving the Church, and hears of current artists, such as Stormzy, who happily embrace both church and secular music.

Travel Man’s Greatest Trips: Out and About, 8.00pm, Channel 4 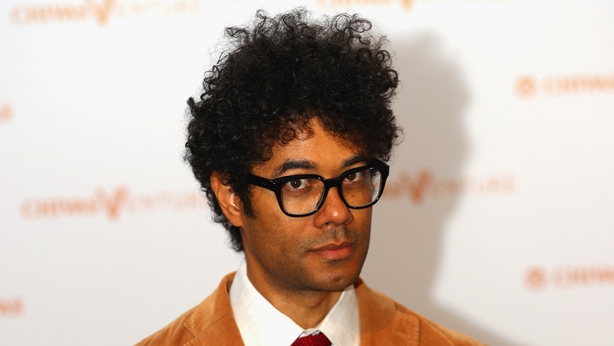 Richard Ayoade (above) raids the Travel Man archive to look back on some of his greatest trips.

In this episode, he presides over a selection of the finest adventures from over 40 mini-breaks, beginning with a tour of Vienna in miniature hot rods with Chris O'Dowd, before jetting off to Dubai with comedian Johnny Vegas to scale the world's tallest building, the Burj Khalifa.

He also recalls canoeing around Helsinki's 300 islands with Paul Rudd, rafting in Florence with Rebel Wilson and sightseeing in Iceland with Jessica Hynes.

Hosted by Jimmy Carr with Rachel Riley looking after the numbers and letters.

The super-powered Hargreeves siblings return for a second season.

Five warned his family (so, so many times) that using his powers to escape from Vanya’s 2019 apocalypse was risky. Well, he was right - the time jump scatters the siblings in time in and around Dallas, Texas.

Over a three year period. Starting in 1960. Some, having been stuck in the past for years, have built lives and moved on, certain they’re the only ones who survived.

Five is the last to land, smack dab in the middle of a nuclear doomsday. Now the Umbrella Academy must find a way to reunite.

Director Elizabeth Banks takes the helm as the latest generation  of Angels are assembled.

Kristen Stewart, Naomi Scott, and Ella Balinska are working for the mysterious Charles Townsend, whose security and investigative agency has expanded internationally.

With the world’s smartest, bravest, and most highly trained women all over the globe, there are now teams of Angels guided by multiple Bosleys taking on the toughest jobs everywhere.

When a young systems engineer blows the whistle on a dangerous technology, the Angels are called into action, putting their lives on the line to save the world.

Deep in Appalachia, Pastor Lemuel Childs (Walton Goggins) presides over an isolated community of serpent handlers, an obscure sect of Pentecostals who willingly take up venomous snakes to prove themselves before God.

As his devoted daughter, Mara (Alice Englert) prepares for her wedding day, under the watchful eye of Hope Slaughter (Oscar Winner Olivia Colman), a dangerous secret is unearthed and she is forced to confront the deadly tradition of her father’s church.